Rizwan, Shoaib down with fever, test negative for COVD-19 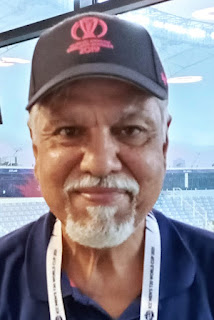 Two of Pakistan's key players, Muhammad Rizwan and Shoaib Malik, missed training and practice session at the ICC Academy Ground in Dubai on November 10 due to fever.
The media manager informed reports both the key players were rested due to fever. They were tested COVID-19 and both were declared negative much to the relief of the Pakistan camp.
Meanwhile Pakistan will be taking on Australia in the second semifinal on November 11 and the fitness of Rizwan and Shoaib remained vital as they have been instrumental in helping green shirts emerge victorious in all five league games. Pakistan could face problems if they were unable to recover in time for the match.
Veteran Shoaib, living to his reputation of power hitter, smashed a hurricane unbeaten 54 off 18 balls hoisting half a dozen sixes in the last league outing while wicketkeeper-opener Rizwan, in company of skipper Babar Azam, has played the pivotal role in getting the team off to flying starts.
Fresh from five straight wins in the tournament, Pakistan will be needed to extend the momentum in the crunch game against the formidable Aussies to continue their march towards glory. Pakistan eye berth in the final for third time with the ultimate goal being reclaiming the crown they clinched under Younis Khan in 2009 in England.
The Australians, like the Pakistan squad, were also engaged in extensive training and practice sessions at the same venue and, led by Aaron Finch, they looked supremely confident going into the knockout phase. They have turned out to be one of most powerful sides to have entered the competition and their semifinal encounter with Pakistan is expected to be a cracker.
Not surprisingly all the tickets for the game were declared to have been sold out with the highest priced tickets reported to be around US$3000.