ICC desires to keep Pakistan cricket afloat despite everything

International cricket has become a booming industry and the people running the show take it as pure business rather than anything else. There is hardly any element of patriotism or any other thing than business interest in the minds of the game’s administrators.

Cricket, by the look of things, is no more a gentleman’s game. Neither could one sense any feeling of pride among the cricketers while playing for the country. It’s all about money now.

No wonders the movers and shakers of the International Cricket Council (ICC) also work on their own agenda and they have a set of priorities that may not satisfy or thrill the cricket enthusiasts in different corners of the world.

The role of the ICC towards the Pakistan Cricket Board (PCB) is also very clear. It’s not out of any passion or inclination towards them but it’s just due to necessity that the governing body of the game is not going to harm or hurt the interests of the Pakistan cricket.

It’s in their own interest that the ICC desires to keep the Pakistan cricket afloat despite all the issues of management or the lack of it. The ICC will do everything in its right to keep Pakistan going because they are not going to lose one of the biggest markets. 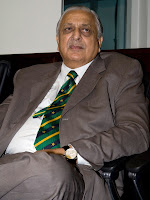 Obviously Pakistan is a big enough market and it would not be in the interests of the ICC to shrink their territory at a time when they are looking towards expansion and what they call globalization of the sport.

The ICC functionaries are well and truly aware of the fact that Pakistan is one country that has massive cricket following and the broadcasters as well as the advertisers need it in a big way.

In this context and the actions and inactions of the ICC are understandable. The ICC does give the impression that they are keeping a close eye on the affairs of Pakistan whereas they are least interested about what’s going on in this part of the world.

For public consumption or to fulfill some of their requirements they continue issuing a memo or two to the PCB which everybody knows is nothing more than an eyewash. The ICC is neither sympathetic to the cause of Pakistan nor do they oppose it. Their only concern is the Pakistan market which they get to promote and please their broadcasting partners. 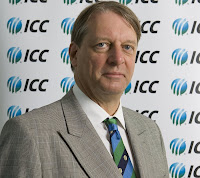 Quite a funny statement came from the ICC the other day when their Chief Executive, Haroon Lorgat, was quoted to have certified that the PCB was showing a determination to protect the integrity of cricket.

He made the observation after the ICC’s Pakistan Task Team (PTT, headed by the ECB Chairman, Giles Clarke, met by teleconference on November 7 to receive an update on the progress being made by the Pakistan Cricket Board to ensure integrity of cricket.

‘The PCB has clearly recognized that it is imperative to protect the integrity of cricket and we are indeed impressed by the progress reported. Their willingness to play such an active role on the integrity issue is vital to the future of international cricket. They have shown a clear determination to tackle their challenges. The ICC Task Team is mindful of those challenges and is committed to supporting the PCB,” Haroon Lorgat added.
readmore »»