Australia made heavy weather of chasing down the target of 208 in 50 overs and they survived a few anxious moments before finally been able to do it that leveled the ongoing five-match ODI series against Pakistan being played in the United Arab Emirates (UAE). 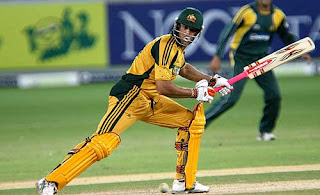 It was amazing to find the Aussies struggling against Shahid Afridi, who is being accorded more respect than he ever gets even in domestic matches. As somebody pointed out he becomes more lethal in international games because of the luck factor coming his way.

Afridi does need more luck than anybody else while batting as well because he only plays the way he knows, discarding the other factors that ordinary mortals had to take into the consideration.

Afridi, who bowled Pakistan to victory in the previous game, very nearly did it again. He got a couple of wickets besides creating doubts in the minds of the batsmen who were unable to dominate him.

The mindset of the Australians was hard to understand. They are supposed to be the most ruthless side in world cricket having the best infrastructure and coaching academes back home. That they are unable to cope with the spinners brought to light some deficiencies in their most talked about system.

Isn’t it shocking to note that the Australian batsmen have lacked the aggression that’s so vital to counter the spinners? They did make some adjustments in their stance in the second game that only reflected weaknesses in their technique. They should have done this homework much earlier.

More mind-boggling is the fact that the Australians have been playing continuous cricket throughout the season but they are not looking a settled side yet. They are the team having ruled the game for a number of years primarily due to their bench strength. The loss of key players has never been an issue for them because they have adequate backup talent.

Michael Clarke’s captaincy has been uninspiring so far that raises doubts about him being the future leader of the great Australian team. Not sure if their management has alternate plans up their sleeves yet.

Australia’s performance in the first couple of games has been far from impressive against a team that has not played much of international cricket in the past. The manner in which Clarke batted showed the lack of punch in their attitude. They had decimated the strongest of outfits with consummate ease but they are now struggling to display that kind of intensity that had made them the juggernauts. 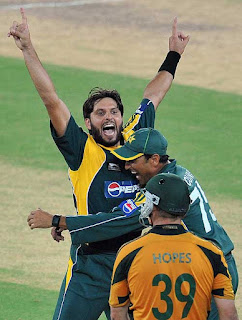 Andrew Symonds, however, had reasons to smile because he came good when the needed him most. His couple of wickets near the end of the Pakistan innings saved his team from further embarrassment.

More importantly it was his batting display that came handy in helping Australia level the series 1-1 with three to go. He scored a half century that sealed the fate of the match because the Australians were in danger of losing the game again after allowing the spin duo of Shahid Afridi and Saeed Ajmal were allowed to get on top.

The contest was very much alive even after the big partnership for the second wicket between James Hopes and Shane Watson. With skipper Clarke unable to bat in his natural style, it was left to Symonds to deliver and he rose to the occasion. The match was in Australia’s bag when he was finally undone by Afridi.