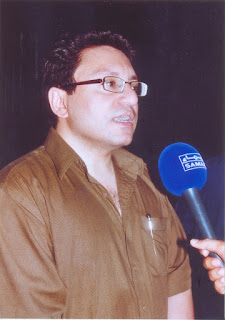 Besides being the financial capital of the country, Karachi is also the hub of sporting activities in Pakistan. Table tennis has been one of the most popular games in the metropolis but its controlling bodies in the past lacked the visionary approach to raise its standard.
The game also suffered enormously due to the politicking in the bodies whose premier objective was to prolong their stay in office by hook or crook. The Pakistan Table Tennis Federation (PTTF), for a number of years, remained chiefly responsible for the decline all over the country and Karachi was no exception.
The game of table tennis, however, has come alive in Karachi for the past couple of years with the induction of a few committed individuals who have been trying desperately to make things happen. It’s a very pleasant change and the results are coming.
The leadership of the Karachi Table Tennis Association (KTTA) is in the capable hands of Dr Farhan Essa and Javed Chhotani, both of whom have already made a difference by putting things in the right direction.
The KTTA held a media briefing at the National Sports Training and Coaching Centre (NSTCC) on January 14 in which they announced their plans to organize Inter-Schools, Inter-Firms and Inter-Towns Championships besides a couple of more events during the first quarter of the year.
Dr Farhan Essa, Chairman KTTA, revealed that a coaching camp for the students will be starting as early as on January 15 in order to let them prepare for the upcoming tournaments.
“The Inter-Schools tournament will be starting on February 1 and it will be followed by the Inter-Towns event due to commence on February 15. The Inter-Firms tournament will be getting underway in the last week of February,” Dr Farhan Essa revealed.
“We have planned to organize the 2nd Dr Essa Mohammad Ranking Tournament and the Inter-District Tournament during the month of March,” he added.
“Moving further we have the Amroha Ranking Championships and the Islamia Open Championships whose dates will be finalized later. We will be holding a few other events too before getting ready to host the National Championship late this year,” Dr Farhan Essa said. 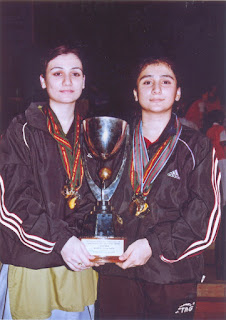 The KTTA Chairman acknowledged the support of the sports departments of the provincial and city governments, hoping to get maximum cooperation from them to accomplish their mission of improving the standard of table tennis in the metropolis.
The President of the Sindh Olympic Association (SOA) and the Sindh Minister for Sports, Dr Mohammad Ali Shah, who was also present on the occasion, lauded the efforts of the KTTA while announcing a grant of Rupees half a million.
“The initiatives of the KTTA are heartening and they deserve the support of the government as well as the private sector. We are confident that our grant will help them in organizing their tournaments. I am particularly looking forward to the Inter-Towns event that is a new concept,” Dr Shah observed.
Dr Shah, one of the leading orthopedic surgeons of the country, noted that table tennis was one sport that was particularly refreshing for the eyes.
The PTTF President S M Sibtain, also commended Dr Farhan Essan and his team at the KTTA for their proactive approach and he hoped that the other associations in the country will derive inspiration from them.