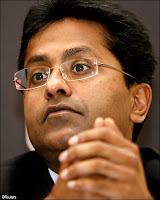 Tharoor had also requested Prime Minister, Dr Manmohan Singh, to conduct a thorough investigation of the charges, while denying any wrongdoing.
readmore »»

Aisam-ul-Haq Qureshi has certainly become a household name in Pakistan with his recent exploits at the US Open in New York. He made it to the final of the mixed doubles as well as the men’s doubles that brought rare smiles on the faces of the sports enthusiasts in the country who have had to endure bitter pills from the high-profile cricketers.

Aisam’s qualification in both the events provided the people of Pakistan an opportunity to cheer about amid catastrophic flooding in which hundreds of lives were lost and millions were displaced.

Big screens were set up across the country for spectators to watch his matches while he also received a call from Prime Minister Yousuf Raza Gilani ahead of the finals.

The 30-year-old Aisam rose to the status of a hero despite having gone down fighting in both the finals of the grand slam event. Tennis has hardly ever been the game of the masses in Pakistan but there was tremendous excitement in this part of the world when he crossed one hurdle after another in the prestigious US Open.

Now Aisam is not only acclaimed as a tennis star but he is very much a high-profile celebrity and the leading brands are queuing up to procure his endorsement to promote their products. What a turnaround for the immensely talented fellow who has worked his way to the top without any significant support or assistance from the sports bodies of the country.

His teaming up with India’s Rohan Bopanna also create waves as they try to use their tennis partnership to promote more peaceful relations between Pakistan and India. The pair wear sweatshirts emblazoned with the slogan “Stop War, Start Tennis” and there has been talk of a match being played across the India-Pakistan border.

“I’ve always said there’s no reason the Indians and Pakistanis can’t get along with each other. We always said sports can reach places where no religion or politics or politician can reach. If you can change a few people’s minds on the Indian or Pakistani side, I think it’s a great thing,” Aisam believed.

“It’s been hard times for Pakistan especially in the last two months so to be able to help send some positive news back each day has been fantastic,” he said.

“I have spent the last 14 years trying to put tennis in the spotlight in my country where cricket is like a religion there. This moment is like a highlight in my career. When I was growing up, I thought maybe someday I could win a Grand Slam or make it to one Grand Slam final. But two Grand Slam finals in a week? It’s unbelievable,” Aisam observed.

“People recognized me a bit before now. When I beat Roger Federer, that was huge news for people back home, even people who didn’t know that much about tennis,” he recalled.

Well Aisam is now not only recognized in Pakistan but admired as well in the truest sense of the word. He seems to be having the talent and the will power to bring more glories for the country.

Rankings aside, the contests between Australia and India have generally been close and fascinating during the last one decade or so. The Test matches between these two nations have been particularly absorbing.

They resume their rivalry with a two-Test series starting in Mohali on October 1. Isn’t it a pity that the Test series would be limited to just a couple of matches. It would have been much better for the cause of the game if the contest was spread over four or five encounters.

But it should also not be forgotten that these two Test matches didn’t feature in the original plan and the Board of Control for Cricket in India (BCCI) reacted only when India were installed as the top ranked Test team.

I don’t know why the functionaries of the BCCI and their counterparts in the Cricket Australia (CA) realize that the Test matches between India and Australia generate as much interest as any limited overs series.

With the intent on making quick bucks neither the BCCI nor the CA seems concerned over the future of Test cricket. It’s only out of necessity that the two Boards agreed to revise the itinerary and include a couple of Tests at the expense of four One-day Internationals during Australia‘s present tour to India.

I think there would have been greater buzz and excitement in India and rest of the cricketing world if the Australians had come for a longer Test series. Imposing events like the Indian Premier League and the Champions League may be helpful in fetching more money for the BCCI but in the long run it could prove disastrous for the cause of the game.

On the positive side it’s heartening to note that Australia and India are getting engaged in bilateral contests much more frequently than in the past. I remember that it was not until 1999-2000 when India had undertaken a tour of Australia after 1991-92.

Like the one eight seasons ago, India had a forgettable tour of Australia in 1999-2000 when their depleted side, under the command of Sachin Tendulkar, had fared miserably and their problems were compounded by some of the most outrageous umpiring decisions seen in the recent times.

It has become a completely different story altogether since 2000-01 and every series has created waves. It had all begun with the follow-on fight back in Kolkata where VVS Laxman and Rahul Dravid led the turnaround with Harbhajan Singh doing the rest. India won the three-Test series 2-1 after having lost the opening game.

India couldn’t win the Test series on their last two tours of Australia but they came very close to doing it on both occasions. Sourav Ganguly’s men came up trumps in the 2003-04 series that was drawn 1-1 while Anil Kumble’s warriors went down fighting 1-2.

The Australians have also played top-class cricket in India during this period with Steve Waugh and Ricky Ponting having led from the front.

It’s Ponting again with a younger and less experienced squad. On the other hand Mahendra Singh Dhoni is high in confidence with the recovery of his two champion bowlers, Zaheer Khan and Harbhajan Singh.

India enter the two-Test series as the favorites but they could be tested by the Australian youngsters who have a lot to prove at the international level. It would be interesting to see how the Australian speedsters, who bowled horribly in England a few months ago, adjust to the slow and low bounce of Indian pitches.