India on verge of becoming top ranked ODI side

Posted by Editor at 9:55 AM .
1 comments
Labels: Indian Cricket
By Syed Khalid Mahmood

The Indian team has had the habit of disappointing their fans with the most horrible performances against the run of play. For some reasons they have not been consistent enough despite being in the possession of a quality outfit. 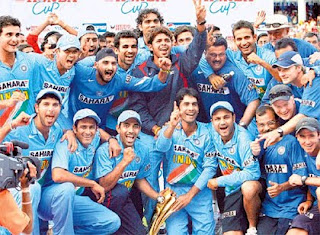 At times one gets the impression that the movers and shakers in the Indian Board are quite content in watching their team take the second position when they appear quite capable of being on top of the three.

The Indians don’t really look all that keen to attain the number one position. It’s hard to comprehend their reluctance to occupy the top slot. Be it a tournament or the rankings of the International Cricket Council (ICC) they make others feel that they are more than happy to be placed among the top teams rather than being the leading outfit.

There have been numerous tournaments over the years when the fancied Indian outfits have fallen away in the final after being in the driving seat throughout. I think they have lost more one-day finals than any other team.

The latest ODI rankings issued by the ICC, following the conclusion of the recent Zimbabwe-Bangladesh series show India just one point behind leaders South Africa. It very clearly means that Mahendra Singh Dhoni stands a very good chance of taking his team to the top of the points table if his team plays to its potential in the upcoming triangular series in Sri Lanka.

That’s a million dollar question. Will the Indians aim for the number one ahead of the Champions Trophy being held in South Africa next month or will they remain contended with the second spot.

We have seen it so many times the Indians giving it away against unfancied opponents. Neither Sri Lanka nor New Zealand have that kind of powerful team as India but one can’t be sure if Dhoni’s men would be pushing hard for victory.

If the Indians do go hard at both their opponents there’s very little chance of them not accomplishing the goal of winning the tournament and taking the number one position in the rankings. We need to wait a little to know that.

South Africa currently occupy the top position in the ICC’s ODI ranking with 127 points while India are just a solitary point adrift at second position. Australia are placed third with 119 points while England are number four with 111 points. 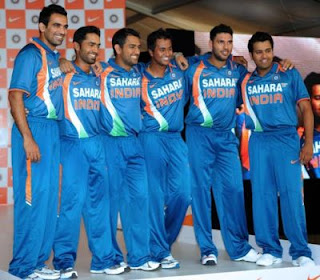 New Zealand (110), Pakistan (109) and Sri Lanka (104) are not that far behind on the next three positions but the West Indies have only 78 points to be at the eighth position.

Bangladesh, on a high of late, are fast closing the gap having accumulated 55 points to be ranked number nine. The tenth position is taken by Ireland with 27 points with Zimbabwe having slipped to the second last position on the list with only 26 points. Kenya remain at the bottom, not having gained any point yet.