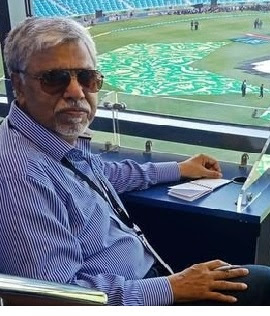 Some of the top West Indian players will miss next month's tour of Pakistan to play a series of three T20 Internationals and as many One-day Internationals.
All-rounder Kieron Pollard will lead the team and all the six white-ball matches will be played at the picturesque National Stadium in Karachi from December 13 to 22.
Former captain Jason Holder alongwith explosive all-rounder Andre Russell and hard-hitting batters Lendl Simmons, Evin Lewis and Shimron Hetmyer will not be touring Pakistan due to different reasons. Another power-hitter Fabian Allen and fast bowler Ebed McCoy have been ruled out due to injuries.
The new look West Indian squad contains a quite a few raw youngsters. The quartet of Justin Greaves, Shamarh Brooks, Gudakesh Motie and Odean Smith has earned their maiden call-ups for the ODIs while Dominic Drakes and Motie have been included for the T20Is.
As far as the home team is concerned two of their veterans and former captains, Shoaib Malik and Muhammad Hafeez, have announced their unavailability for the West Indian series due to personal commitments. Both of them also skipped Pakistan’s tour to Bangladesh but their absence wasn't felt much as the Babar Azam-led green shirts swept the T20I series 3-0.
The islanders from the Caribbean, who dominated the cricket world in the 1980s, haven’t performed consistently against Pakistan during the last couple of decades and they are not being expected to stretch the hosts, on a high in the T20s since the beginning of the recently held ICC World Cup in the United Arab Emirates (UAE).
readmore »»