Prominent sports promoter and Managing Director of Omar Associates, Nadeem Omar, has condemned the recent incidents of violence in India involving Shiv Sena extremists, as well as the negative approach of the Board of Control for Cricket in India (BCCI), advising that Pakistan must now lead a vociferous campaign for the shifting of next year`s World T20 tournament from India. 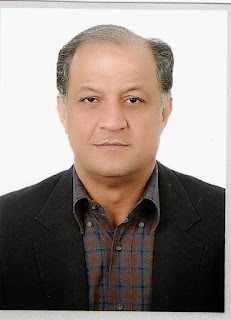 Nadeem lamented that all the sincere efforts made by the Pakistan government and the Pakistan Cricket Board (PCB) over the past few months to revive bilateral cricketing ties with India have not been reciprocated by the Indian government or the BCCI at any level whatsoever.

`India`s hostile and inflexible approach towards PCB chief Shaharyar Khan`s repeated efforts to revive bilateral cricket series is totally unjustified, rather insulting,` Nadeem regretted.
`I strongly feel that we should now forget about appeasing the Indians to play cricket with Pakistan because our self respect and pride is at stake now after the incidents on October 19,” he added

Nadeem emphasized that Pakistan must take the lead now to launch a campaign for change of venue of the World T20 from India because people lives are at risk there.

"There is a serious security situation in India now insofar the visiting teams and officials are concerned,” Nadeem, who patronizes a number of sports and sportsmen in the country, observed.

`Look what happened to senior and respected umpire like Aleem Dar and how he was withdrawn in a jiffy by the ICC who shamelessly bowed to Shiv Sena demands,” Nadeem pointed out.

`The Indians have yet again projected their narrow-mindedness and biased approach towards Pakistan by mixing sports with politics,” he said.

“They have not spared the South Africans either, simply because they are taking the better of India at home, but the ICC unfortunately is turning a blind eye to it all,” he added.

`That is why I am insisting that Pakistan must take a firm stand and should garner support from leading cricketing nations like England, Australia, South Africa, Sri Lanka and West Indies to shift the 2016 World T20 from India due to serious security concerns there,” Nadeem concluded.
readmore »»