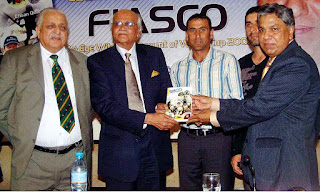 It was unfortunate but not entirely surprising to watch the Sri Lankan captain Mahela Jayawardene skipping the launching ceremony of a book that was highlighting his own accomplishments in particular and that of his team in general.

Ehsan Qureshi, whose book Fiasco: An Eyewitness Account of World Cup 2007 was launched at the Karachi Club on February 20 with great fanfare, had set the date for the ceremony with the consultation of the Sri Lankan skipper as well as their manager Brendon Kuruppu.

But neither of the two turned up at the function and needless to say no member of the Sri Lankan squad was there. The only Sri Lankan representation was that of their Deputy High Commissioner in Karachi, Sidath Kumar, and his wife.

The diplomat was requested to take up the issue of the non-attendance of their cricket captain and manager with the authorities in his home country. Jayawardene was also to be one of the speakers in the ceremony.

Jayawardene and Kuruppu had agreed in principle to be a part of the function when the author had presented a copy of his book to both the gentlemen when they were in Karachi for the ODI series against Pakistan last month.

Jayawardene, a smart guy that he is, had not only gone through the book in a flash but he also drew the attention of the author towards a printing error that only he could have found out. The reason was simple. The match report he was talking about concerned him directly and it was the game he had won for his country.

The author took the trouble of getting the copies of his book reprinted primarily to ensure that the Sri Lankan skipper was completely happy. A copy of the reprinted book was delivered to Kuruppu when Ehsan visited them upon their return from Sri Lanka for the Test series. 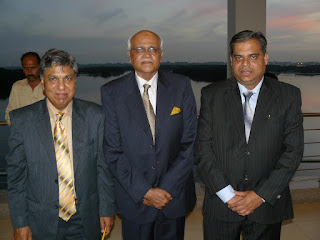 Jayawardene and Kuruppu had also been extended the invitation of the launching ceremony in writing well in advance in order to let them seek permission from their authorities back home, if it was needed.

Kuruppu, whom Ehsan has known for over a couple of decades, was personally handed over the invitation cards of the ceremony for each and every member of the Sri Lankan squad having arrived for the Test series. But none of them made an appearance at the function that was being held a day prior to the Test match in order to facilitate their participation.

The book launching ceremony turned out to be extremely successful even in the absence of the Sri Lankans. The presence of the Federal Sports Minister, Pir Aftab Hussain Shah Jilani and the Chairman of the Pakistan Cricket Board, Ijaz Butt, besides current and former Pakistan cricketers made the occasion a memorable one.

The 272-page book, titled Fiasco, has been published by Jumbo Publishing, who have brought out books on sports in the past as well.