Laxman’s dramatic decision to call it a day


Classy Indian batsman V V S Laxman, whose stroke-play was considered by many as poetry in motion, has announced his retirement from international cricket on August 18 rather dramatically in his hometown of Hyderabad, Andhra Pradesh. 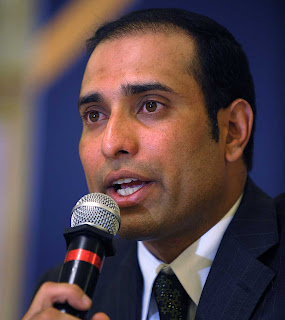 Although his retirement from international cricket was very much on cards following his dismal performance during the successive tours of England and Australia, where India got thrashed in all eight Test matches, Laxman chose to do it after being picked in the squad for the upcoming home series against New Zealand starting in less than a week’s time.

With Rahul Dravid already having quit earlier this year, the selectors had provided him another opportunity to Laxman probably to lend stability to a middle-order which has been far from inconsistent in the recent past.

There was an added incentive for Laxman to keep playing for a few more weeks with the first Test against New Zealand being played at his home turf and the second Test scheduled to be staged in another South Indian city of Bangalore.

But he has opted to pull out of the squad after being selected. May he’s trying to pass an impression that he called it a day when still in demand. Certainly he has done it before being axed from the Indian team of which he has been a pivot for a decade and a half. 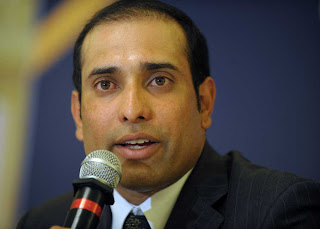 "It's been 16 years since I have made my international debut for India and I think it is the right time to move on," an emotional Laxman stated while announcing his retirement in Hyderabad.

"As a youngster it was dream to represent India and it took lot of pride to wear India cap. I would like to give youngsters an opportunity to prove themselves. I am grateful to Almighty for blessing me to live my dream of playing cricket," he added.

"I have always felt that I have got the opportunity to serve my country and have played the best cricket not only in India but overseas as well. I think it is time to give youngsters a chance at home ahead of a tough season. I have always kept the country's success ahead of personal aspirations," Laxman felt.

"I communicated my decision to BCCI earlier in the day that I am not going to continue playing cricket and would hang my boots with immediate effect," he declared. 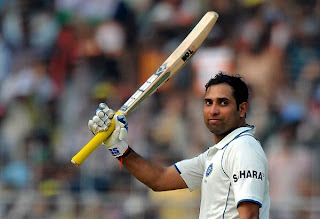 "It was emotional during the past 4-5 hours while talking to my colleagues with whom I've shared the dressing room. I have not been able to get in touch with 'MS' as he is very hard to reach,” he disclosed.

"Any innings that saves a match is very special. There are a lot of innings and matches that are very close to me and I will cherish all of them. Durban 2010 (96 against South Africa) was one of those knocks that I would cherish. Winning that match in the fashion that we did will be very memorable to me," Laxman recalled.

"I will be very satisfied with the decision that I have taken and I will never regret this decision. Even in my exit, I will be following and living my ideals, which would be to keep the country before my personal needs," he asserted.

"It was my privilege to play with the some of the legends of the game like Sachin, Rahul, Kumble, Sehwag, Saurav and a lot of other players as well. All of them inspired me because everyone had one single goal - to do well for country and to work for the progress of Indian cricket. They were all role models for me," the modest right-hander stated.
readmore »»