While other teams dream about bringing about a miracle once in a blue moon Pakistan’s cricketers have been brought up watching such upsets as being part and parcel of their usual business. 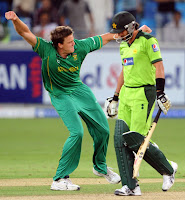 Take it positively or otherwise the fact remains that Pakistan could never be ruled out of the game until they are finally beaten. Abdul Razzaq was the architect of a win in the most unlikely of circumstances in the second One-day International against South Africa in Abu Dhabi.

South Africa, despite having been blown out by Razzaq the other night, must have reckoned that the match was in their grab when they dismissed the danger man with Pakistan still needing 76 runs in the last eight overs with only four wickets standing in the third ODI in Dubai. 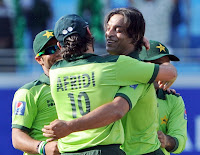 South Africa held all the cards in their pocket at this stage, in their bid to defend the total of 228. Their bowlers had been on target and there was not much to complain either from the fielders.

The boundaries had dried up and the task of getting nearly 10 runs every over with not much batting resources left it needed yet another miraculous onslaught to alter the course of the proceedings.

I had written while analyzing the second ODI that when Pakistan get on the rampage every other thing takes back seat. I had pointed out that it was Abdul Razzaq who caused the damage to South Africa but it could have been Shoaib Akhtar too in the similar role.

Well it was not Shoaib Akhtar but it was the unlikely duo of Fawad Alam and Wahab Riaz who cut South Africa to size to very nearly pull off yet another incredible win. Both of them stunned everyone with their heroics.

South Africa, who bowled and fielded terribly in the final phase of the game when they actually needed to seal the fate with just normal game, came perilously close to losing yet another tie which they had in their bag all the time.

The sloppy work of the South Africans, who are known otherwise for their brilliance in the field, didn’t cost them the game but it must have provided them enough shock to keep them unsettled for sometime. 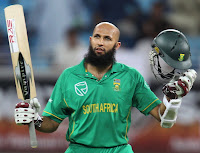 The South African batsmen, with the sole exception of Hashim Amla, were found wanting in conditions that were not all that demanding. The dismissal of A B de Villiers courtesy a rank bad decision by third umpire, Zamir Haider, didn’t help their cause either.

The International Cricket Council (ICC), which is headquartered in Dubai where the match was taking place, should do away with the policy of ‘risking’ home umpires in One-day Internationals because obviously such decisions create a bad feeling among the affected team.

Amla held the South African innings together with another masterful century, his fifth of the year in the ODIs. It’s quite amazing how he has improved him game over the last couple of years.
readmore »»