Virat Kohli has continued showing maturity beyond his age and this 23-year-old right-handed batsman was chiefly responsible in keeping India afloat in the ICC World Twenty20 2012 by defeating arch-rivals Pakistan by a convincing margin of eight wickets in Colombo on September 30. 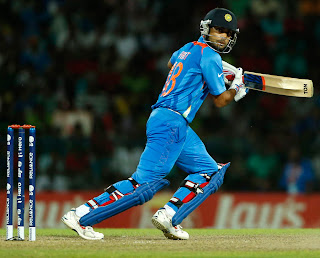 It was a do-or-die match for India, who had been whacked by Australia in their previous outing only a couple of days ago.

Pakistan, on the other hand, were happily placed, having come from behind to sneak a win over South Africa in their opening Super Eight match.

The pressure was more, if not total, on India as they had to perform or go back home early. They were hard pressed to go out and manufacture a win from somewhere against an opponent having history of staging a comeback from the brink of disaster.

The Indians have had the knack of failing against Pakistan in the past and it’s in this background they were believed to be under the hammer when they took the field. 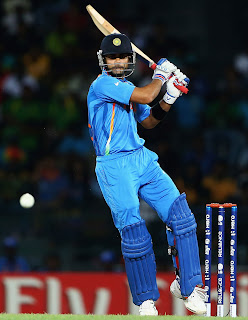 India did become the favourites, however, by bowling Pakistan out for 128 in 19.4 overs and the target of 129 in 20 overs was not expected to pose much threat for their batting-order.

But having seen India collapse dramatically there were not many people who reckoned that the chase would be a smooth one. The game was considered open because Pakistan could never have been taken lightly, even while defending a modest total.

The drama began as soon as the Indian reply began. Gautam Gambhir, having the reputation of playing spin better than many, fell to Pakistan’s most inexperienced spinner, Raza Hasan, for a first-ball duck.

Virender Sehwag, staging a comeback in the playing eleven, was not in his elements either. It all depended on a man called Kohli, who walked to the crease in the very first over of the match.

He held the key to the match and he proved why by playing another superb knock that not only allowed his team to win the match comprehensively but it also shielded his nervy teammates who were more likely to struggle if needed to come in the middle. 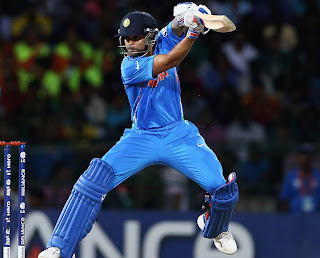 The likes of Suresh Raina, Rohit Sharma and Mahendra Singh Dhoni, who were due to come in next, must have heaved a sigh of relief when Kohli, in the company of Yuvraj Singh, knocked off the runs.

It was a rare sight of India defeating Pakistan in a cricket match without any problems in the final moments. Kohli and Yuvraj didn’t do anything silly to finish the match in style.

The winning run was also just a deflection towards leg side. Kohli has rescued India once more and given his team yet another lifeline.

The tournament has become open for them once more. If their spinners continue bowling as they did against Pakistan they should face little problems in taming the struggling South Africans in their last Super Eight game.
readmore »»