Anwar-ul-Haq, a former opening batsman, has underscored the importance of consistent policies and professional management in order to revive the Pakistan cricket and put it on solid footing. 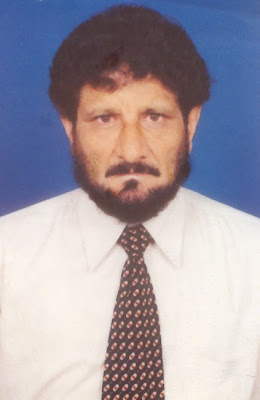 “I have no doubt in mind that Pakistan has been blessed with outstanding cricket talent. All we need is the consistent policy at every level to make the most of it and be counted as as one of the top sides of world cricket,” he remarked in a recent chat.

“I am saying this with total conviction because I have remained a part of the set-up which got hold of the raw talent and groomed them into stars. The colt scheme at the Muslim Commercial Bank (MCB) worked wonders and we were able to produce high-quality cricketers from the bunch of youngsters whom we had spotted from the grassroots level,” Anwar-ul-Haq, who became the coach of the bank after quitting first-class cricket, recalled.

“Mohammad Yousuf, Younis Khan, Shahid Afridi, Asim Kamal, Atiq-uz-Zaman, Mohammad Zahid, Shahid Nazir and Rana Naved-ul-Hasan, all of whom have played for Pakistan, were the proud products of MCB Colts. They possessed enormous talent but we provided them the platform and the opportunity to unfold their skills and move up the ladder,” he added.

“There’s a long list of successful first-class players who began the journey with us. We were able to do it because of our consistent policies. Our bank’s President, Hussain Lawai, was a great supporter of inducting young blood. Our sports department’s chief, Mohammad Iqbal, also shared the same philosophy and we were able to execute the plans to perfection with the blessings of our management,” Anwar-ul-Haq, who scored 13 centuries in 108 first-class matches while scoring 5,854 runs, stated. 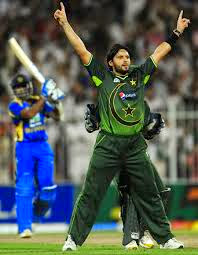 “The Pakistan cricket also needs to adopt similar kind of policies for long-term benefit. Talented youngsters, if groomed and taken care of nicely, could prove to be assets. We need eagle-eyed selectors who can continue backing the players who have the spark and the guts to succeed at the higher level,” he suggested.

“The regional or the national selectors can only be encouraged to do so if they have the backing of the Pakistan Cricket Board (PCB). That’s where the issue of consistent policies comes up. The Board should look at the larger picture and merit should never be compromised. Otherwise the desired results might not be achieved,” Anwar-ul-Haq, who played against the visiting Australian and Indian teams in the 1980s, cautioned.

“Once the induction of the youngsters starts taking place there were be a larger pool of cricketers and there will be more flexibility in selecting different outfits for different formats. We can also have T20 specialists or Test specialists as some other countries do have at the moment,” he pointed out.

“In modern cricket, professional approach holds the key. The coaches need to be on their toes all the time. Gone are the days of the laidback thinkers or doers. Now we need proactive personnel to do the business. Cricket is played differently now but Pakistan has the talent to compete. It’s just a matter of better management in order to extract the best of the boys,” he concluded.
readmore »»