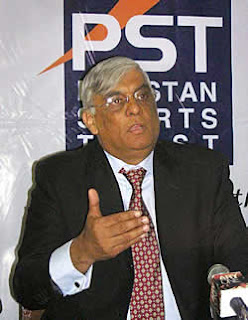 The top functionary of the Pakistan Olympic Association (POA) has regretted inadequate training and international exposure to the athletes ahead of the 11th South Asian Games scheduled to commence in Dhaka later this month.

General Syed Arif Hasan, President, POA, in a recent chat, observed that Pakistan would have stood a chance of claiming many more medals if the athletes were provided the desired training and exposure at the international level.

“For reasons beyond our control we were unable to execute the plan that would have helped improve our record in the upcoming regional Games in which our athletes had fared rather well in the past,” he stated.

He described the current year (2010) as one of the most important ones for Pakistan during which the country has to participate in as many as three multi-sports events are to be held. The South Asian Games would be followed by the Asian Games and the Commonwealth Games.

When inquired about the problems, the POA chief singled out the lack of funds as the biggest obstacle in carrying out their plans.

“Obviously we are not in a position to implement our plans in the desired manner due to scarcity of funds. We have had to contain our activities that didn’t help in making advancement in the field of sports,” he said.

He looked forward to the governmental support in future in order to accomplish the cherished goals of the national Olympic body.

“Making the use of the available resources we are putting together our strongest possible squad for the upcoming South Asian Games and we are hoping that our athletes will come up with encouraging performance in Dhaka,” the POA chief added.

The 2010 South Asian Games is scheduled to take place from January 29 to February 8. This will be the third time that the Bangladeshi capital hosts the Games, thus becoming the fourth city to host the Games multiple times after Colombo, Kathmandu and Islamabad.

Besides Pakistan and hosts Bangladesh the athletes from India, Nepal, Sri Lanka, Afghanistan, Maldives and Bhutan would be taking part in the 11-day extravaganza. 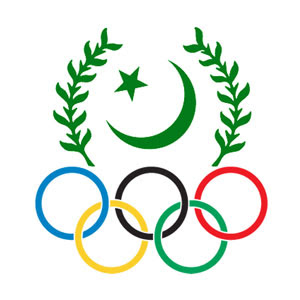 It’s indeed a pity that Pakistan’s athletes have been denied the opportunity of gearing up for the mega events. Whether it’s the lack of coordination between the concerned bodies or any politics involved between them it’s the country that’s going to suffer more likely than not.

The Federal Ministry of Sports and the Pakistan Sports Board (PSB) have their own set of priorities and for the time being at least they don’t seem to be in any mood to proactively make things happen.

The Pakistan Olympic Association (POA) on their part should also shoulder the blame for not having taken the measures to arrest the decline in standard of sports in the recent past. They were not short of funds until their marketing arm, the Pakistan Sports Trust (PST), was feeding the federations. readmore »»