The opening match of the ICC World Twenty20 2010 at the Providence Stadium in Guyana on April 30, featuring New Zealand and Sri Lanka, produced an exciting finish but unfortunately it lacked the fireworks needed to kick start the tournament.

Sri Lanka could score only 135 in their stipulated 20 overs and New Zealand got to the target with just one delivery remaining in the final over. Just 274 runs in nearly 40 overs was not the kind of stuff one expected from two of the finest teams in the shortest format of the game. 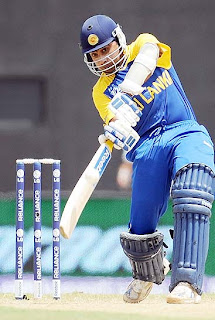 New Zealand, as usual, were found wanting in chasing down what was a modest target by all standards on a pitch where batting wasn’t all that difficult a proposition. They had a strong and deep line-up that should have done the job convincingly rather than taking the game to the wire and leaving it to Nathan McCullum to do the job in tense conditions.

Daniel Vettori talks big off the field but his leadership skills look ordinary at times. He sets high standards himself but he’s unable to motivate his teammates to rise to the occasion.

Well Vettori certainly feels handicapped in the Test matches or even in the One-day Internationals with the inexperience of his batters but he doesn’t have the same excuse for T20 games where the same guys do have the capability of coming good.

Vettori himself bowled exceptionally well to tie down the belligerent Sri Lankans, particularly the charged up Mahela Jayawardene, and he also handled his bowlers rather well.

It was quite extraordinary on part of Vettori not to have conceded a single boundary in his four overs. Doing it against a team that plays the spinners so well was quite an accomplishment.

Then Vettori also made an intelligent move by allowing his premier fast bowler, Shane Bond, who had gone for plenty of runs in his earlier three overs, to do the business in the final over of the innings.

Bond may have lost pace over the years with various injuries but his wisdom and accuracy with the ball make him the guy to beat. He responded by picking up two wickets in the last over that didn’t yield the kind of runs what was being anticipated. Tim Southee was also absolutely brilliant in his final over, the penultimate of the innings.

The last couple of tight overs from Southee and Bond, after Vettori had finished his spell, kept the Sri Lankan total down to 135 that was most likely to go well past 150. The bowlers had done the job for the Black Caps.

The momentum was with the New Zealanders when they came out in pursuit of a total of 136. But more than anything it was the lack of self-belief and application and on their part that opened the game. 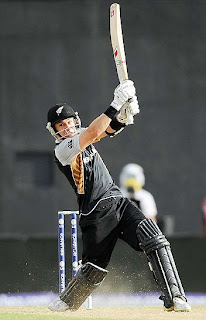 They made a mess of the small target with careless and thoughtless batting and the Sri Lankans very nearly sneaked an unlikely win. With only three wickets in hand, New Zealand needed 10 runs off the last over from fast bowler Lasith Malinga.

They lost the wicket of Vettori, attempting a risky second run, but Nathan McCullum struck a huge six over long-off to settle the issue on the penultimate ball.

McCullum, entrusted with the new ball, had earlier done the job to the satisfaction of his captain. His off-spin was treated with respect by the watchful Sri Lankan batsmen. readmore »»