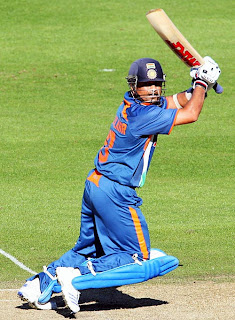 The Indians were mixed bag in the third One-day International against New Zealand at the AMI Stadium in Christchurch on March 8. After compiling the highest-ever ODI total of 392 for four on the New Zealand soil, the tourists appeared to have lost the plot while defending it.

Pathetic bowling, horrible fielding and unimaginative captaincy almost cost India the game that should have been in their bag without any frightening moments. It was amazing to find Mahendra Singh Dhoni, who was been very impressive as a leader throughout his career, commit blunders in position of strength.

Dhoni, who has always been showered with praise for being so cool and creative even when the chips are down, was guilty of making a mess of it when he should have actually closed the issue.

A higher score had been chased down successfully in the ODI history before but that was done by an exceptionally powerful South African batting line-up. The New Zealanders were not all that well equipped to cause that kind of sensation and the bowling they were confronting had the variety as well as the punch to keep them well and truly in control.

The Indians did have the history of allowing their most unfancied of rivals to do something monumental and this might have been one factor that prompted the New Zealanders to be positive when they came out in pursuit of the target of 393 in 50 overs.

Brendon McCullum, who was leading the home side in the absence of Daniel Vettori, and his opening partner Jesse Ryder must have realized within minutes that the Indians were not going hard at them and the intensity in the field was low.

It was shocking to find the Indian fielders letting the ball go between their legs straight to the boundaries. Even more horrible were the two dropped catches in successive overs. Skipper Dhoni missed a regulation catch and soon afterwards Yousuf Pathan floored a sitter in the deep.

The New Zealand openers cashed in and they started to blast the bowling fearlessly. Even the champion off-spinner Harbhajan Singh was guilty of losing the focus and the runs kept flowing.

The 166-run opening partnership was finally broken when McCullum was found well short of his crease while attempting another risky single. Wickets started tumbling and one hoped that the Indians will force the issue quickly after a superb spell from Zaheer Khan.

Just when Indian appeared to have taken complete control of the proceedings they were again shred into pieces by Kyle Mills and Tim Southee who smashed 83 runs in a matter of seven overs. 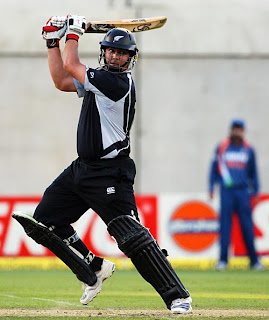 It was unbelievable to find the Indians getting so ragged in the field at this stage. Dhoni made some strange moves and his decision to continue with Munaf Patel reflected the pressure having gone to his head. In normal circumstances he would have never that.

It turned out to be a blessing in disguise for India when Munaf was ordered by the umpires to quit the bowling crease after those two high full tosses both of whom had the batsmen caught. Dhoni was prompted to toss the ball to Yousuf at last to complete that unfinished over.

Yousuf followed three dot balls with a wicket on his last ball to break the partnership that had brutally exposed chinks in India’s armour. One wondered why Dhoni had not used him earlier when all the other bowlers were being put to sword.

India were indebted to Sachin Tendulkar and Yuvraj Singh for setting up the platform for a huge total. Tendulkar was simply brilliant while notching up his maiden ODI hundred in New Zealand. Skipper Dhoni and Suresh Raina also contributed their bit to take the total close to 400.