The spot fixing scandal having marred Pakistan’s ongoing tour of England has brought to light a few tales of the unexpected and on top of them is Kapil Dev’s statement in which he has heaped lavish praise on Imran Khan, one of his illustrious contemporaries, now heading a political party.

Alongwith Richard Hadlee of New Zealand and Ian Botham of England, both of them knighted later, Imran Khan and Kapil Dev formed the quartet of the greatest all-rounders to have ruled the world in the 1980s. All of them brought unmatched glories for their respective countries. 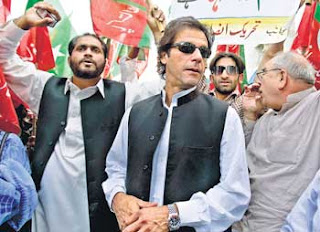 Kapil had led India to victory in the 1983 World Cup against the heaviest of odds while Pakistan were crowned as the world champions nine years later, under Imran, in not too dissimilar circumstances

Kapil has now called upon Imran to help Pakistan restructure itself around morals, ethics and values in light of the match fixing that has come to light.

“I appeal to Imran Khan to take charge of the current situation in Pakistan. Being the cleanest player, it’s he who can save and look after Pakistan cricket. None of us want the game in Pakistan to be finished, as this is one country that has produced some of the finest cricketers,” he stated.

Kapil appears convinced that Imran remains the ideal man to run Pakistan cricket after so many scandals have damaged it over the years.
He described Imran as the “cleanest and the strongest” person in the country to fix the downward trend of cricket in Pakistan.

“In this time of crisis, I can only think of Imran as the cleanest cricketer to look after Pakistan cricket. He can really put the nation out of this controversy and other ones because he also has a strong personality and a sharp mind,” Kapil reckoned.

Kapil has spoken quite highly of Imran. I can’t recollect of Imran having ever expressed similar sentiments for any of his contemporaries. 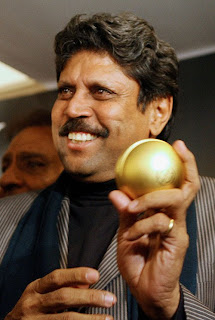 The former Indian all-rounder, who also held the world record for the highest number of wickets for sometime, had sympathy for the Pakistan cricketers but also reiterated that those found guilty of it should be taken to task.

“I do feel sorry for Pakistani cricketers and Pakistan cricket. But at the same time, the alleged ones should be severely punished if proved guilty,” the former Indian captain was quoted as saying.
He also implored the International Cricket Council (ICC) to uphold the image of the game and get rid of people who have interests other than cricket.

“I’m not qualified to say ICC should ban players. But I appeal to the governing body to look after the game and make sure right people investigate the current issue. It should ensure that betting scandals carried out by a handful of negative people do not taint the wonderful game,” Kapil observed.
“Don’t bet on cricket,” was Kapil’s warning to the budding youth wanting to play cricket professionally.
readmore »»