Islahuddin’s yet another brilliant Dash 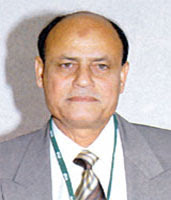 Islahuddin Siddiqui was known and feared, in his playing days, for his extraordinary ability to dash that blocked the penalty-corners and frustrated the specialists who wreaked havoc against other opponents.

It’s quite appropriate that the autobiography of the legendary right-winger has been titled
‘Dash Through My Life’ that was launched in one of the most impressive of ceremonies at Hotel Pearl Continental, Karachi, on November 25. After all there was a time when Islahuddin and dash were synonyms.

The book has been co-authored by Humair Ishtiaq, a seasoned journalist, whose writing skills are among the best in the business.

The book launch functions are generally not all that lively or so well attended but then Islahuddin is no ordinary personality. Besides being a hockey great, he has held a very high position in Pakistan Customs but most importantly he has had a large circle of all-weather friends.

Quite expectedly the turnout in Islahuddin’s book launch was massive and impressive. It was a gathering of hundreds of luminaries from different walks of life, reflective of the versatility of the author.

There were numerous hockey legends gracing the occasion and recognizing publicly the great contribution made by Islahuddin over the years. The stalwarts of the yesteryears like Olympians Anwar Ahmad Khan and Abdul Waheed Khan showered him with praise for having taken the world by storm

Olympian Waheed Khan described Islahuddin as a lethal weapon who was proficient in denying European teams goals through penalty-corners.

“He was always there to block the penalty-corners. He did not care even if he was having a broken finger or broken teeth. He was instrumental in guiding the team to title victories in the World Cup as well as the Asia Cup in 1978,” Waheed Khan, who was the Pakistan manager in both the events, recalled.

Olympian Anwar Ahmed Khan credited Islahuddin for having revived the Pakistan hockey after the golden era that began in the late 1950s and lasted until the middle of the 1960s.

“Our team of 1950s and 1960s had set very high standards with the Olympic gold at Rome in 1960 and silver medals at Melbourne in 1956 and at Tokyo in 1964. We also won the Asian gold during this period in 1958 and 1962. We were unsure if we would recapture these glories. The arrival of Islahuddin put Pakistan back on track and history repeated itself with titles coming in our kitty one after another,” Anwar Ahmad Khan, acclaimed as the greatest-ever centre-half the game ever has seen, observed.

‘Flying Horse’ Samiullah Khan, one of the most illustrious contemporaries of Islahuddin, considered him an inspirational captain.

Hasan Sardar, another living legend, who stunned everyone with his artistic play in the hockey field, was no less generous in eulogizing the great Islahuddin.

The Sindh Minister for Sports, Dr Mohammad Ali Shah, who was the chief guest of the evening, threw light on the different aspects of Islahuddin’s personality as did squash legend Jahangir Khan, cricket great Zaheer Abbas and MNA Khushbakht Shujaat.

Salman looking for yet other opportunity 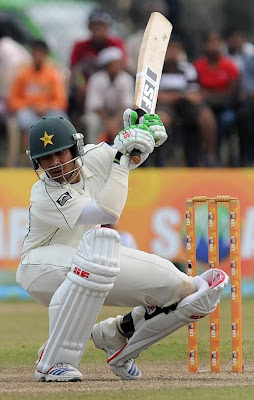 An enterprising left-handed opener, Salman Butt now looks for yet another opportunity to make a comeback in the playing eleven. He was recalled for the tour of New Zealand but was omitted from the line-up for the first Test at Dunedin.

He has been in and out of the national team due to his inconsistency top of the order. While there has never been any doubt about his class but his tendency to throw it away after having been in the middle for sometime has often got him and his team in trouble.

The 25-year-old highly gifted fellow seems to have plenty of steam left in him but he needs to work harder to grab the opportunities coming his way.

His work is now cut out with so much competition around. He needs to improve his figures in international cricket. He is probably more talented batsman than his averages of 28.65 in Tests and 37.95 in One-day Internationals seem to suggest.

The most heartening thing, however, is that he did realize the significance of scoring heavily in domestic cricket and he has had fierce determination to do it. He made the right choice of sticking to the basics and not incorporating changes in his technique that could land him in hot waters.

Since Pakistan would be playing all their matches outside of the country the batsmen are likely to be put to stiffer test on the pitches of New Zealand, Australia and England. It would obviously keep the reserve batsmen on their toes as they could be pressed into service at a short notice.

Salman knows better than many how quickly life could change at the top. After having scored prolifically in 2008, he was the man to have posted a brilliant century against Sri Lanka in the first One-day International at the National Stadium, Karachi, earlier this year. He was being talked about as another Saeed Anwar after his superlative batting performance against a potent bowling attack.

Not many people would have expected him to be dropped from the side barely few months later. He was taken to Sri Lanka but was sidelined after his double failure in the opening Test in Galle where Pakistan succumbed to an astonishing 50-run defeat. He was not recalled for the subsequent ODI series and ignored for the Champions Trophy.

Born at Lahore on October 7, 1984, he caught the imagination of the movers and shakers of the game at age-level matches. He was still a teenager at the time of making his Test debut against Bangladesh in 2003-04. The youngster showed enormous promise from the outset and he made it to the ODI time the following season. 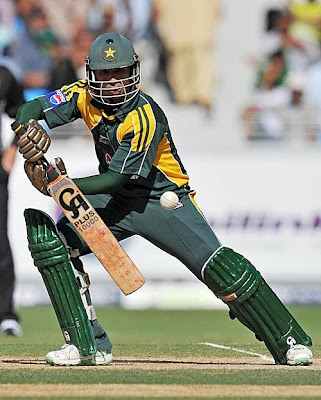 He hit headlines by scoring a magnificent match-winning century against India in the one-off ODI at Eden Gardens, Kolkata, in 2004-05. He scaled greater heights by blasting a fifty and a maiden Test century in Sydney against Australia later the same season.

He got a wake up call when sidelined after a few low scores with the fingers being pointed at his defensive technique. He silenced his critics, however, by scoring consistently in the home series against England in 2005-06.

The loss of form took him out of the side and he was not a part of Pakistan’s dismal campaign in the World Cup 2007. He staged a comeback soon afterwards, with the additional responsibility of vice-captain. That was a time when he was being talked about as the future captain of Pakistan.