Unseeded Bahadur Ali entered the record books as he became the first cueist to be penalized for violating the recently inducted anti-tobacco law imposed by the Pakistan Billiards & Snooker Association (PBSA).

“Bahadur Ali of Balochistan was found smoking during his match against Qadeer Abbas and he was penalized and game was awarded to his opponent as per law. The match at that stage was tied at one frame all and the final result was declared as 4-1 in favour of Qadeer Abbas,” Tournament Director, Naveed Kapadia, revealed at the Karachi Gymkhana on February 14.

“The PBSA has imposed the restriction from the new year in accordance with the directives of the International Billiards & Snooker Federation (IBSF) and the Asian Confederation of Billiards Sports (ACBS) which prohibits the cueists from smoking tobacco during the course of a match. All the participating cueists of the ongoing Jubilee Insurance 43rd National Snooker Championship 2018 were very much informed about it and this clause was included in the contract which they have signed with the PBSA,” he explained.
readmore »» 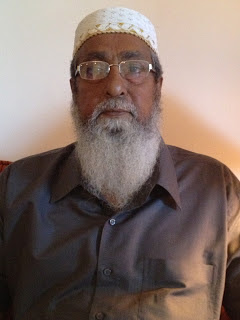 The long serving official of the Pakistan Billiards & Snooker Association (PBSA), Arif Taherbhoy, was feted in a unique manner as his colleagues and friends arranged an unannounced birthday party of his on the sidelines of the Jubilee Insurance 43rd National Snooker Championship 2018 at the Karachi Gymkhana on February 14.

Taherbhoy, having turned 68, was lavishly praised by the top functionaries of the PBSA who had gathered in the afternoon to celebrate the occasion rather enthusiastically.

The PBSA Joint Secretary cut the birthday cake in the company of Munawwar Hussain Shaikh, President PBSA, and Zulfiqar Ramzi, Honorary Secretary, PBSA, in the presence of other board members which included international referee Shabbir Hussain Daruwala.

“Arif Bhai has served the PBSA with distinction since 1989. So it has been more than quarter of a century, 29 years to be precise. He deserves to be recognized time and again for his dedication and services,” the PBSA President noted.

The unheralded Taherbhoy indeed has been one of the pillars of the Pakistan snooker for the past three decades and his role in the snooker development of Pakistan has been quite significant.

Upon joining the PBSA in 1989 at the behest of Ali Asghar Valika, who was on a mission to revive snooker in Pakistan, he was initially assigned the task of coordination with media but at later stage he was entrusted the responsibilities of managing the day to day affairs of the body’s secretariat which he has run for close to three decades.

An active cueist himself since student life, Taherbhoy had played snooker, mostly at Bohra Gymkhana and Karachi Club during the days when the great Latif Amir Bakhsh was at the peak of his career whith his biggest accomplishment being making it to the final of the Wahedna Gold Cup Inter-Clubs Tournament in 1972.
readmore »»