The Sindh government has activated the Pakistan Sports Foundation Relief Fund (PSFRF) for the specific purpose of providing financial assistance to the athletes facing financial hardships due to physical disabilities or protracted ailment.

Shoaib Ahmed Siddiqui, Secretary Sports, Government of Sindh, has revealed that besides helping the deserving athletes in need, the Regional Committee of the PSFRF was also taking care of the legal heirs of the deceased ones.

“The seven-member Regional Committee of the PSFRF was formed in November 2008 with a revolving grant of Rs 500,000 at our disposal with the objective of helping the deserving sports-persons of repute and to legal heirs of those stalwarts who have died. We have been providing financial assistance in the form of monthly scholarships as well as lump sum grant-in-aid,” he disclosed.

Shoaib Siddiqui himself is a member of the Regional Committee of the PSFRF that also includes former Test cricketer and present chief selector, Iqbal Qasim, besides, Mir Haider Ali Talpur, Shah Riazuddin and Rahat Ali Shah.
“The families of former Pakistan hockey captain, Munawwar-uz-Zaman and former Test cricketer, Taslim Arif, were provided financial grant of Rs 50,000 each. Similarly a payment of Rs 50,000 was made to the family of cricket coach Khushi Mohammad,” Shoaib Siddiqui disclosed.

It’s indeed quite heartening to note that the government has started taking care of the unpriveleged athletes who certainly deserve the monetary support after having spent their life in the sporting arena.

Numerous sporting greats have had to struggle to make their ends meet because only a few of them had the luxury of jobs and that too during the peak of their career. The majority of them couldn’t save for the rainy day and life has remained tough for them generally. 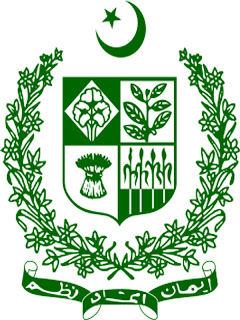 Sports has become an industry worldwide but the same cannot be said about Pakistan with cricket being the sole exception. Under the circumstances the state does have the responsibility of looking after the athletes.

The amount being disbursed by the Pakistan Sports Foundation Relief Fund (PSFRF) at the moment certainly looks peanuts but it’s a mighty big move in the right direction. As they say it’s never too late to do something good.

The government should allocate more funds to this scheme in order to assist greeater number of athletes. This will go a long way in encouraging more youngsters to take to sports. readmore »» 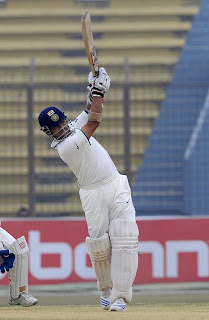 India played nowhere close to their potential in their first game after becoming the top ranked Test side in the world. Ironically it was their batting that let them down and it needed yet another classy knock from master craftsman Sachin Tendulkar to save them from embarrasment against Bangladesh in Chittagong.

India’s strength became their weakness in the first Test as their legendary batting line-up flopped after yet another promising start. It was amazing to find the likes of Virender Sehwag, also leading the team in the absence of the injured Mahendra Singh Dhoni, and Gautam Gambhir to have given it away on the opening day after having got their eyes in.

Equally shocking was the failure of Test specialists Rahul Dravid and VVS Laxman, neither of whom stayed at the crease long enough to worry the hosts. The dasher Yuvraj Singh couldn’t fire either and then the massive hole created by the non-presence of Dhoni at number seven made things more difficult for the visitors.

You can’t expect to reduce this Indian batting order to 200 odd for the loss of eight wickets in any form of the game irrespective of the conditions or the quality of bowling. It was mind boggling to see them crashing to 243 all out despite the brilliant unbeaten century from Tendulkar.

It wasn’t the kind of start India needed to start their campaign being the No. 1 Test team in the world. To have folded against an inexperienced bowling attack didn’t reflect their mental strength.

India’s task of staging a comeback after the horrible first outing was made even more difficult by the gloomy weather and there were doubts if there would be substantial play to let them bowl out Bangladesh two times.

Thankfully from their point of view the bowlers didn’t disappoint in the manner their batsmen had otherwise India could well have been beaten. Had Bangladesh been allowed to run away with a sizeable first innings lead it might have been curtains for India whose unpredictability always keeps their fans guessing.

The final result, however, brought relief for Sehwag. "It has been a good start to the year. It's important to start well I guess. Everybody chipped in to make it happen. We didn't bat well first time but the bowlers have helped us win this game,” he observed. 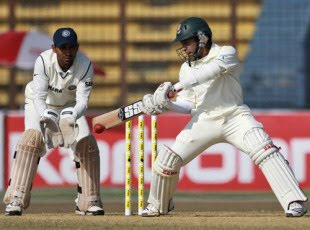 "It happens with every team. Australia got out for around 120 in the Sydney Test against Pakistan but they won. We managed to score 250 because of Sachin, but we did bat well in the second innings and our bowling did the job for us," he added.

He was particular pleased with the performance of fast bowler Ishant Sharma who was returning to the side after an injury. ‘He bowled really well. It's good for him and good for Indian cricket,” the skipper acknowledged.

The Indians would be looking forward to an improved performance in the second Test in Dhaka and the focus will be on their champion batsmen once more. readmore »»