The Sindh Minister for Sports, Dr. Mohammed Ali Shah, declared the 12th Sindh Games open at the Shaheed Benazir Bhutto Sports Complex in Larkana on May 28, as originally scheduled. 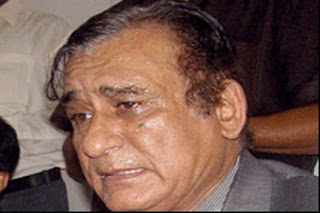 Speaking on the occasion Dr Shah, the famous orthopedic surgeon, who is also the President of the Sindh Olympic Association (SOA), remarked that sports was a more than useful tool in combating crimes.

“The promotion of sports is actually a fight against crime. We have been working on the strategy of building infrastructure projects all over the province so that our people could have the access to better sporting facilities,” Dr Shah observed.

Earlier in the day the provincial minister had performed the inauguration of astrotruf at the Khuhro Complex, having fulfilled his promise that he had made very long ago.

“This is a gift for the hockey players in Larkana. Now they have the opportunity to fine tune their skills and take their game to another level,” he said.

There was more good news for the sports enthusiasts in Larkana as Dr Shah announced that Rs 400 million would be spent on projects to develop the hockey grounds in the Shaheed Benazir Bhutto Sports Complex as well as the Khuhro Sports Complex.

He reckoned that there’s much sporting talent in Sindh in general Larkana in particular and greater efforts were needed to provide them the platform to unfold their skills.

He pointed out that the events like the Sindh Games go a long way in promoting sports from the grassroots level and he was eager to have it on a regular basis.

The 12th Sindh Games, being organized by the Sindh Sports Board (SSB), an organ of the Government of Sindh, with the collaboration of the Sindh Olympic Association (SOA), would certainly test the participating athletes.

The contests are being held in 24 disciplines for men and 10 by women besides the four indigenous games and the exhibition event tug of war. 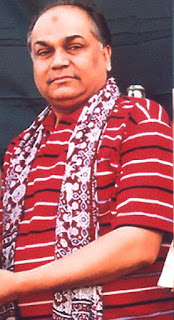 Meanwhile thanks to the efforts of Shoaib Ahmed Siddiqui, Secretary, Sports and Youth Affairs, to the Government of Sindh, the athletes and officials of the 12th Sindh Games have been provided the insurance cover.

“Injuries and hospitalization are also covered besides the accidental death. This is probably for the first time in the country when the athletes are being provided with the insurance cover during a sporting event. In fact the athletes as well as the officials will be covered for a period of one month, from May 27 to June 26,” Shoaib Siddiqui revealed.

The Sindh Games has returned to Larkana after 16 years. The first-ever Sindh Games were held in this town in 1986 and then the fifth edition was staged in 1993.
readmore »»

As they say excess of anything is bad. The Indian cricketers have undoubtedly been in huge demand over the last few years in particular and their authorities have kept them engaged literally round the clock. 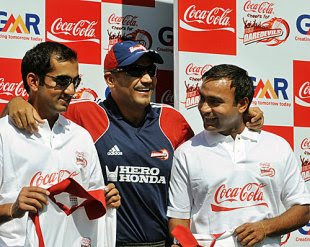 The excessive workload can have negative impact that there’s every possibility of India’s performance suffering in the upcoming ICC World Twenty20 in England because their cricketers have had very little time to relax after the grueling second edition of the high-profile Indian Premier League (IPL) that lasted over a month in South Africa.

All the 15 members of the Indian squad, who are preparing to board the flight to England, were engaged in the IPL 2009 and they had returned home just a few days ago. They certainly deserved a reasonable break after having been in action in the most demanding format of the game for well over a month.

The present lot of Indian cricketers is indeed immensely talented and incredibly tough mentally but they are after all human beings and not machines. With the added pressure of having to defend the title they won in South Africa a couple of years ago, they will have to come up with something extraordinary to do the business once more.

The Indians certainly appear the strongest team in the world for the Twenty20 games on paper but extending their top form on a continuous basis could be a very tall order even for them.

By scheduling the IPL 2009 so close to the second ICC World Twenty20 the Indian cricket administrators have also passed the impression that they hardly cared for the global event.

But what they forgot was the fact that the Twenty20 cricket had exploded in India only after their team had won the inaugural World Cup in 2007. It was the triumph that led a turnaround.

The Indian Cricket League (ICL) was born soon after India had been crowned as the world champions in Twenty20 cricket. There was an unprecedented boom and cricket had come alive in the country that had gone into a state of mourning following the debacle of their fancied team in the Caribbean just a few months ago.

The Board of Control for Cricket in India (BCCI), for some reasons, didn’t own the ICL and the International Cricket Council (ICC) was not left with any other option than to lend support to the Indian Board.

The movers and shakers in the BCCI came out with their own brand of Twenty20 cricket that led to the creation of the Indian Premier League (IPL). 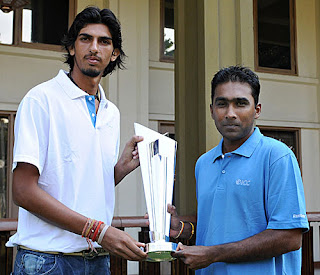 They mobilized all their resources to produce something that was nothing short of sensational. The game of cricket was taken to another level by the IPL.

The IPL has indeed done a favour to the Indian cricket as it has provided a solid platform for their upcoming as well as established campaigners to showcase their talents to an international audience.

But it’s up to the BCCI to decide whether they could also compromise their national interests by promoting the IPL. Hosting the tournament so close to the ICC World Twenty20 looked a debatable move.