Dravid doesn’t have any point to prove

Rahul Dravid is one of those rare guys having kept the interest of his team supreme at all times. He is a perfect role model for the young generation. He has performed exceptionally well over the years without ever having said or done anything close to boasting. 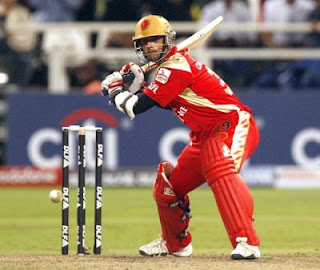 I don’t think anyone in the present generation has mastered the art of batting like him. He is a complete package. Because he is technically so sound he always has the freedom of changing gears.

Like any other human being he has had occasional his off days but never has one noticed any lack of application on his part. He has always given his best. The level of consistency attained by him in the highest form of the game is exemplary.

It was so typical of Dravid to have reacted modestly to his return in India’s ODI squad for next month's tri-series in Sri Lanka and the Champions Trophy. He didn't consider the recall as a chance to prove his detractors wrong.

"I have never played my cricket that way, wanting to prove a point. To me, it's about trying your best to be the best you can be, day after day, in whichever format you are playing and for whichever team you are playing," the former Indian captain was quoted as saying in a newspaper interview.

"It's nice to be back, I am very happy. I am looking forward to the Sri Lanka tri-series and the Champions Trophy in South Africa, to giving it my best. It will be nice to catch up with the boys once again," Dravid said.

"I will do my best for the team's cause. I have always believed in preparing well before a match or a competition and it will be no different this time," he added.

The prolific Dravid will now be making a comeback in the national one-day side after about a couple of years. He had played in the Test matches in this period but the selectors had not picked him for the limited overs games with the emphasis being on trying out the exciting crop of youngsters.

The Indian selectors obviously had an obligation to blood the youngsters at the international level after they had done wonders in the domestic competitions. Very few of them, however, managed to do justice to their talents.

There also was a feeling that the newly installed captain Mahendra Singh Dhoni was not very keen to have the seniors in the line-up for the ODIs or the Twenty20 Internationals. Sachin Tendulkar, it’s believed, was also reluctantly included. 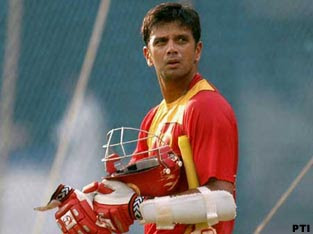 Dhoni had every right to back his boys who certainly raised the bar in the department of fielding but their batting technique was found wanting on pitched where the ball moved and darted.

Dhoni would also have realized after the recent failures of the young batsmen that it was about time to turn back to the tried and trusted campaigners for an event as important as the Champions Trophy. Dravid would be indeed be a trump card for Dhoni now.
readmore »»