India’s snooker great Yasin Merchant will be happy to have brief coaching sessions with Pakistan’s cueists if the authorities in his country allowed him to do so. 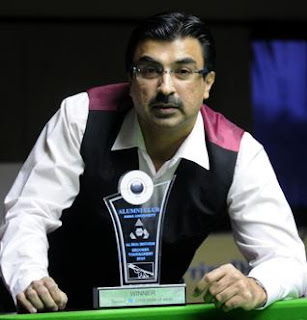 “I have no issues in coaching Pakistan’s cueists but that would only be possible if the permission is granted by the Billiards & Snooker Federation of India (BSFI) as well as the Government of India,” he disclosed in a recent chat on the sidelines of the Jubilee Insurance 7-Nation International Snooker Championship 2012 at Hotel Pearl Continental, Karachi.

“I have yet not been approached formally by the Pakistan Billiards & Snooker Association (PBSA) on this subject but the media persons in particular have frequently asked me about coaching assignment throughout my stay in Karachi,” the former Asian champion observed.

Having traveled to Karachi more nearly 25 times in as many years, the 45-year-old Yasin Merchant, who plans to set up a snooker academy of his own in Pune, 150 kilometers southeast of Mumbai, clarified that he would be available to coach Pakistan’s cueists only two times a year with each session lasting a couple of weeks. 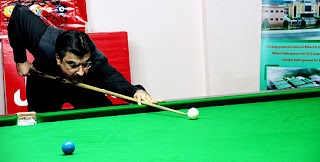 “My services could ideally be acquired on the eve of the events like the Asian Championship and the World Championship,” he suggested.

“Time is indeed an issue for me and I have decided not to take part in the state or national championships anymore that rules me out of the Asian Championship and the World Championship automatically. The decision was prompted by business preoccupations and family commitments. However, I will continue playing in invitational tournaments like this one besides having coaching stints at my own academy and elsewhere,” he explained.

Yasin Merchant, who has had a good look at the new crop of Pakistan’s cueists, didn’t mince words in stating that they needed polishing besides exposure to earn glories. He described Mohammad Sajjad as the most accomplished in the lot while Sultan Mohammad’s temperament impressed him most. 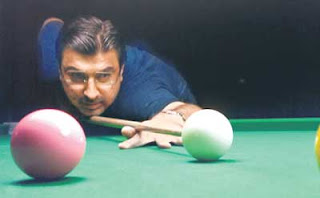 “These lads are talented and gifted. They can have a better future with little polishing. They need to concentrate more and develop the desire to perform at the highest level. Mohammad Yousuf possessed all these qualities which even Saleh Mohammad didn’t have,” he reckoned.

“Pakistan’s youngsters have to be groomed to achieve success. Take the example of Mohammad Asif who seems a victim of his own talent. He needs to be taught to tone down his aggression because he gets carried away so quickly,” Yasin Merchant thought, adding that it will be in Pakistan’s interest if they pick a pool of 10 cueists on whom the work should be done and results will be yielded in due course of time.

The ball is now in the court of the Pakistan Billiards & Snooker Association (PBSA), having shown the inclination towards having an Indian coach in order to let the cueists learn without having communication problems. Yasin Merchant could be the answer to their prayers.
readmore »»