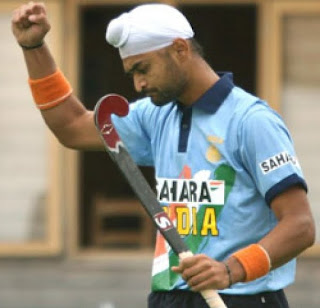 It was amazing to find the Indians dominate their arch-rivals, Pakistan, so decisively and more importantly translating their supremacy into a resounding 4-1 victory. It’s not often when they have succeeded in recording such an emphatic win over their fiercest opponents.

India’s Spanish coach, Jose Brasa, very rightly downplayed the win because after all it was an opening match not the final of the tournament. But they certainly warmed the hearts of their supporters during their opening World Cup 2010 match at the Major Dhyan Chand Stadium in New Delhi on February 28.

"It's just a normal win and three points for us we must keep our feet on the ground. We dominated the first half, but we were not up to mark in second half and still managed to score two lucky goals," he summed up the situation perfectly.

India do need a cool head to carry the form they displayed in the opening game into the remaining matches because of being placed in the group of death. Whether they will be able to sustain the momentum against Australia, Spain, England and South Africa remains to be seen.

The Indians have seldom performed consistently in the hockey field for decades now and I don’t think there’s much to celebrate with an odd win over Pakistan. They have to come up with much improved performance in the upcoming matches to bring about any kind of revival.

Well begun is believed to be half done. So India can draw inspiration from the big win over Pakistan in the first game and they can make it count. Realistically they are not in the run for a place in the semifinals but a couple of more victories can bring them in contention. 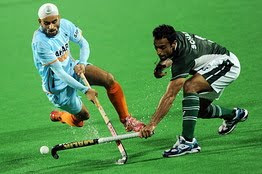 Sandeep Singh was their hero in the opening game scoring from two penalty corners. Shivendra Singh had given India the lead in the 25th minute after capitalizing on a penalty corner rebound and Sandeep made it 2-0 just before halftime.

Soon after resumption Prabhjot Singh made the most of a pass from Arjun Halappa and then Sandeep Singh scored with a drag-flick to make it 4-0 in the 56th minute. The Indians kept on attacking and they were not deterred even after Pakistan’s penalty-corner specialist Sohail Abbas had narrowed the deficit.

Talking of Sohail it was rare to find cursing himself out in the open when he found the crossbar two times. He, however, turned out to be the solitary scorer for Pakistan on a day when they could not launch their trademark offensives.

Pakistan’s coach Shahid Ali Khan conceded that India were the better team on the day. "After falling behind by three goals, it was always going to be difficult to bounce back but this isn't the end of the tournament," he remarked.

Well theoretically Pakistan do stand a chance of forcing their way in the semifinals but the ground realities might be far too harsh to their liking. They have to tackle the powerful trio of Australia, Spain and England besides South Africa. readmore »»