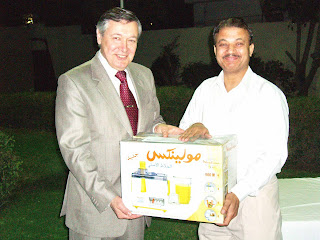 The reigning national champion and International Master, Mahmood Ahmed Lodhi, has retained his crown by emerging triumphant in the 31st Friendship House Chess Festival 2010, held under the auspices of the Mind Sports Association of Pakistan (MSAP) at the Russian Centre of Science and Culture (RCSC) in Karachi.

The Gujrranwala-based Mahmood Lodhi, lived up to the billing in the Open Category event in which there were a total of 24 contestants competing in seven rounds. The International Master won all his games to score a maximum of seven points. Aziz Farooqui finished second with 5.5 points and Rahat Ali came third 5 points.

Mohammad Aslam ran away with the top position in the non-Ranking Category which also had 24 participants trying their luck in seven rounds. Aslam won the contest with 6.5 points while Shakeel Ahmed and Makhdoom Hammad shared second position with five points each.

As many as 30 students from Beacon House School, Karachi Grammar School, St Patrick School and Foundation Public School took part in the ‘O’ & ‘A’ Level category in which a total of six rounds were played.

The students of St Patrick School dominated the ‘A’ Level competition as well with Wahaj Ahmed winning it and Taha Javed sharing the runner-up spot with Jawwad Naimat of Beacon House School.

The Russian Centre of Science and Culture (RCSC) in Karachi, more famous as the Friendship House, has been holding a chess tournament every year for quite sometime but the event has come alive with the proactive support of the Mind Sports Association of Pakistan (MSAP).

The MSAP, with their professional approach, has given a new lease of life to chess during the last year and a half or so. They have adequately made up for the lethargy and red tape culture of the Chess Federation of Pakistan (CFP) whose office-bearers have often remained inaccessible even for their own game. 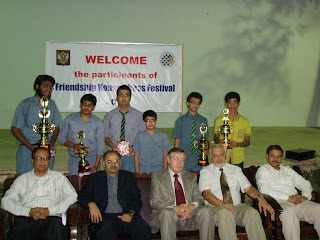 The advent of the MSAP has already helped the cause of chess immensely and their consistent support augurs very well for its future. It’s very heartening to note that some of the active chess players have joined hands with them and together they have started making a different.

The MSAP has been working for the promotion of bridge, chess and scrabble but they must have found out by now that chess merits greater attention of theirs because of its tremendous potential.

The MSAP would be doing a great service to the nation if they continue supporting the game of chess with the current passion and enthusiasm because this is one sport which catches the imagination of the young generation. readmore »»