The pioneer and key promoter of snooker in Pakistan, Ali Asghar Valika, has called for enhancing the prize money in the national circuit and take it to millions so that the country could sustain its supremacy in the international arena.

“The manner in which the game has progressed and the consistency with which the Pakistani cueists have performed at the world and the Asian level the prize money of the national events merits considerable enhancement to keep them motivated,” Asghar Valika, a former President of the Asian Confederation of Billiards Sports (ACBS), observed in an interview at the Karachi Club on May 15.

“There is no major increase in the incentives and prize money for almost a decade now. We must offer at least Rupees one million as prize money in every event to make the circuit more competitive and thus raise the standard of the game,” he suggested.

Having headed the Pakistan Billiards & Snooker Association (PBSA) for a couple of decades from 1988 to 2008, he didn’t mince words in stating the enhancement of prize money of national tournaments was the need of the hour.

“Our brilliant cueists have achieved excellence in the game with a couple of world individual titles besides two team titles. They are a force to be reckoned with at the Asian level,” Asghar Valika, under whose leadership took the game to new heights in Pakistan, remarked.

The legendary Muhammad Yousuf had made the major breakthrough by winning the IBSF World Championship in South Africa in 1994 before clinching the Asian title at Karachi in 1998. 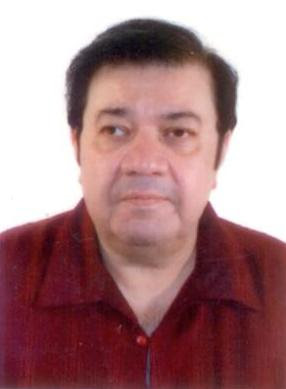 Asghar Valika was of the opinion that the PBSA should curtail their administrative expenses and only one official should accompany the team and also manage the team and being the delegate.

He also advised the PBSA to make money through televised matches. He dispelled the impressions of disharmony in PBSA Executive Committee after Munawwar Hussain Shaikh took over from Alamgir Anwar Shaikh after his two terms as the President.

Asghar Valika said that Pakistan desperately needed a permanent coach who should train, groom and tactically prepare our cueists for international level.

“Our cueists are doing well at the international level and international coach can further harness their game and mentally toughen them,” he added.

Responding to a question, he said he doesn’t need recognition from anyone and feels proud and satisfied with whatever he contributed for the game of snooker in Pakistan.

“I don’t need any reward or award because achievement of players during my era and now make me happy and satisfied that they brought honor and glory to the country,” Asghar Valika said.

He made it clear that he was elected as the Life Chairman of PBSA by General Body and not by the executive committee.

Asghar Valika showed his disappointment over the fact that no national snooker activity was taking place at Karachi Club’s Amir Bakhsh Billiards Hall which used to be the hub of Pakistan Snooker in the past.

“Snooker activity at Karachi Club was stopped due to misunderstanding and efforts are afoot for it revival there. The Latif Masters should also be revived as it was a major event held in memory of Pakistan’s greatest billiards player, who finished runners-up in world championship in India,” he continued.

He recalled that PBSA struggled in early 1980s but sponsorship and support of Red & White and its marketing head, Shahid Ahmad Khan, changed the destiny of Pakistan snooker.

He wanted the PSBA to must open up and induct peoples from other provinces in their fold and also hold a couple of event outside Karachi.

“Snooker should not be confined to Karachi and events should be held in other provincial capitals as well on rotation basis,” he concluded
readmore »»