The anarchy prevailing in the Pakistan Cricket Board (PCB) for almost two years now resulted in another controversy and this time it was top-order batsman Yasir Hameed in the news for the wrong reasons. 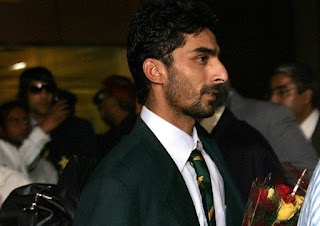 The News of the World newspaper's Sunday edition has quoted Yasir having alleged that the Pakistan players are throwing matches.

"They were doing it in almost every match. God knows what they were up to. Scotland Yard was after them for ages. It makes me angry because I'm playing my best and they are trying to lose," Yasir has been shown saying in the interview.

Yasir, in his conversations with a couple of private television channels in Pakistan, has denied the claims, which the News of the World says he made to an undercover reporter.

"I have not given any interview. All the claims of newspapers are false. I can't think of giving any statement like this one. Whatever the newspaper has written, it's their own,” Yasir said in a choked voice.

The uncertain manner in which the denial has come has certainly raised suspicions. He didn’t help his cause by hanging the phone when asked for the clarification by the Geo Television Network.

Yasir had played in the last week's fourth and final Test against England, in which Mohammad Asif and Mohammad Amir are alleged to have deliberately bowled no-balls in conspiracy with bookmakers.

Yasir’s case is the latest blow to the Pakistan cricket while the Chairman of the PCB, Ijaz Butt, remains aloof in this probably the most critical phase in the cricketing history of the nation.

The PCB Chairman has been deaf and dumb for the past few days and there has hardly been any effort to control the damage. His cronies have not been able to handle the situation and the task of dealing with the crisis has apparently been passed on to the Pakistan High Commissioner, Wajid Shamsul Hasan, who obviously doesn’t seem to be having the complete information with him.

The Pandora’s Box has been opened and the Pakistani cricketers are at the centre of what has been described as the biggest controversy to have rocked the world cricket for a number of years. 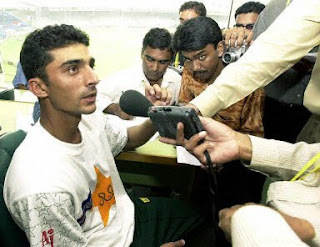 The observations of Yasir have only added fuel to the fire. By the look of things he didn’t know that he was sharing the information with a journalist but he should have still not talked the subject with someone he didn’t know well enough.

In any case he should have avoided a discussion on this issue with anyone at this stage when each and every move of the Pakistani cricketer is being monitored.

The News of the World has been on the lookout for gathering maximum possible information into the story they have broken and they are also looking at the soft targets.

Being a fringe player, who only recently staged a comeback in the national team, Yasir obviously was more likely to speak his mind and he ‘obliged’ them with the kind of ‘material’ they were looking for.
readmore »»