Never rule Pakistan out of any contest has been a famous saying. You are never sure when the Nature will collaborate with them to achieve the impossible. We have seen it so many times when they have performed wonders in the unlikeliest of circumstances.

The latest episode was witnessed in the second One-day International between Pakistan and South Africa in Abu Dhabi on October 31 with Abdul Razzaq being the catalyst of bringing about another miracle.

I had mentioned in my write-up on October 30 that unless and until something very dramatic happens or the external factors come into play in a big way, South Africa should be winning the remaining four ODIs and both the Test matches that follow without much botheration.

There was not even the remotest possibility of Pakistan winning the game when they had lost their top five batsmen with many more runs required at a very demanding asking rate. That’s why the majority of the cricket enthusiasts back home had either switched off their television sets or changed the channel to watch something that had an element of entertainment or fun in it. 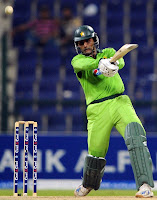 It was only when they woke up in the morning they learnt about the miracle having taken place in the desert with Abdul Razzaq having blasted a kind of century that would have made even the likes of Don Bradman and Viv Richards proud.

That’s the beauty of Pakistan cricket. You never know when any of their batter will turn the master blaster of the century. It was Abdul Razzaq’s night. It could have belonged to anyone else too. I would not have been surprised even if Shoaib Akhtar played that kind of cameo having come at number eleven.

I think it was exactly a year ago at the same venue when Daniel Vettori and his team had narrowly survived an even bigger embarrassment when the last pair of Mohammad Aamer and Saeed Ajmal had turned it around with a huge partnership.

Vettori, I suppose, would remember that night for a long time. Known and respected for bowling the tightest of line and length that keeps even the most fluent of batsmen guessing, the champion left-arm spinner was whacked for a couple of sixes in an over by Aamer of all people. 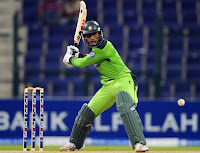 The one-wicket victory has opened Pakistan’s account in the series but it’s not expected to cause much discomfort or anxiety in the South African camp. Having suffered similar fate against the same opponents a few times in the past as well they must have known that there’s no point in taking Pakistan for granted irrespective of their form, fitness or anything.

While the South Africans would be looking to prevent another miracle during the course of the ongoing series Pakistan would be hoping for the repeat of such an act a few more times which obviously seems unlikely but cannot be ruled out entirely.
readmore »»