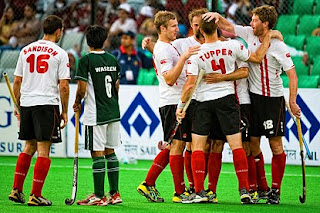 Pakistan have fared worse than the worst. Their poorest record in the World Cup was having finished 11th among the dozen participants in 1986. Now they have hit the rock bottom after losing to Canada on March 11 in New Delhi that condemned to the last slot in the competition.

Yes the four times champions have ended at the last position now. The country having clinched the title in 1971, 1978, 1982 and 1994 has found itself pushed down to the 12th place. They couldn’t have performed more miserably because there were only 12 teams competing.

Pakistan’s hockey team was never expected to dominate in the 2010 World Cup despite the tall claims made by the likes of Qasim Zia, Asif Bajwa and Shahid Ali Khan. But nobody expected them to finish last either.

The pressure was more on Asif Bajwa to accept the responsibility for the catastrophe and quit the job. He was being blamed for wrongdoings and the critics demanded an enquiry to be conducted against him and he must be penalized if found guilty.

By the look of things Qasim Zia, President, Pakistan Hockey Federation (PHF), is now playing another kind of politics. Instead of removing Asif Bajwa from the position of Secretary PHF he is actually protecting and shielding him. His decision to sack the team management and the selection committee but to retain the Secretary didn’t reflect honesty of purpose.

In fact Qasim Zia made his intentions quite clear by claiming that the present PHF set-up was looking forward to the Asian Games to be held later this year. Does the PHF chief wants to ensure that the Pakistan team also finishes last in the Asian Games?

“This is a big debacle for Pakistan hockey as they lost to India after 35 years in World Cup and suffered first defeat against South Africa in 63 years. It couldn’t have been worse as they also crashed in their game against Canada,” the soft spoken Islahuddin, one of the most respected hockey figures of the country, observed.

Quite a few other former Olympians including Shahnaz Shaikh, Ayaz Mahmood, Mansoor Ahmed, Muhammad Saqlain and Naveed Alam have also held Asif Bajwa chiefly responsible for the worst-ever performance by a Pakistan team. 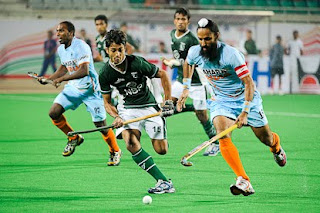 “If the team management took the credit for fine performances in the Asia Cup, the World Cup qualifiers and the Champions Trophy qualifiers they should take the whole blame for the World Cup flop and face the music,” Islahuddin remarked.

The formers Olympians, for reasons beyond comprehension, have refrained from lashing at PHF chief Qazim Zia and complimented him instead for bringing in huge sums of money for the national game.

“Asif Bajwa worked under me during my tenure as chief coach of Pakistan junior hockey team. He had a defensive approach and we developed differences on the same because I believed in attacking hockey philosophy,” Ayaz Mahmood, a gold-medalist of the 1984 Olympics, noted. readmore »»