‘Sain’ Razaullah Khan is no more


‘Sain’ Razaullah Khan, one of the most enterprising characters of Pakistan cricket, has expired. He breathed his last on November 5 at the age of 75. He had been unwell for quite a while but he didn’t lose his sense of humour and satire until the very end. 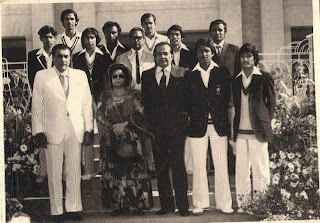 He might not have excelled as a first-class cricketer but he made amends by proving his mettle in the administration of the game. He will go down in history as one of the Pakistan’s most talked about organizers.

His career in the field of cricket administration had two distinct phases. He was a fearless and courageous fellow who took pride in raising voice at the malpractices committed by the rulers of Pakistan cricket from time to time.

Razaullah Khan, popularly known as ‘Sain’ because of his Sindhi background, was prepared to throw caution to the wind and take on even the most influential of people at the helm of the affairs in the Board of Control for Cricket in Pakistan (BCCP) which later became the Pakistan Cricket Board (PCB). 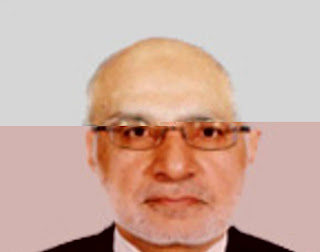 He even sacrificed his departmental job to continue fighting pitched battles against the then Board officials, who also left no stone unturned in creating hurdles of all kinds for him in order to ‘diffuse’ him.

In those days Razaullah Khan was considered a ‘terror’ and the cricket establishment of the country remained scared of him because he would waste no time in ‘exposing’ their shortcomings to say the least.

In that phase, while pursuing anti-Board stance, he displayed his organizational talents by launching various young cricketers, who later became stars. As the Secretary of the Sindh Cricket Association (SCA), he’s credited to have provided the platform to some of the youngsters who were earlier ignored by their own respective Associations.

Razaullah Khan was instrumental in founding the sports department at the Muslim Commercial Bank (MCB) with the blessings of his ‘benefactor’ Hussain Lawai, one of the country’s most prominent bankers.

The turnaround came in 1999 when Razaullah Khan got employment at the PCB. Whether it were the economic compulsions or he had run out of steam after waging a war for decades, it must have been the toughest decision of life because he had to change himself completely since then. 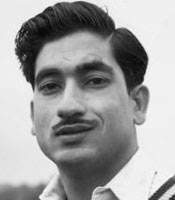 The man who was known for hitting headlines on a number of occasions for bringing to light the various conspiracies and malpractices of the Board was now himself a part of that set-up. He had been chained.

Although he did speak about some burning issues with the usual venom of his occasionally once in a while, he had lost the sting after joining the PCB. He was dismayed when Ijaz Butt didn’t renew his contract which put him out of job last year.

Despite his illness he had the desire to be a part of Chaudhary Zaka Ashraf’s team but his wish could not be fulfilled.