Cricket will never be same without Vaughan

The game of cricket will never be the same with the former England captain, Michael Vaughan, who announced his retirement from all forms of professional cricket on June 30. 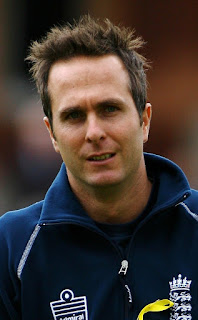 Vaughan's poise and grace both on and off the field were legendary and he has won more friends by quitting the game in the larger interest of England cricket. The timing of his decision showed once more that he’s a team man to the core. He has been hailed for making the decision before the start of the Ashes series.

England's most successful Test captain was not selected for the upcoming Ashes squad due to the loss of form and he could have taken a chance of reviving his fortunes by playing for the England Lions against the visiting Australians in the game starting at Worcester on July 1.

The 34-year-old Vaughan resisted the temptation of extending his international career and chose to hang his boots instead because he didn’t wish to increase the pressure on England's current Ashes squad gearing up for the big occasion.

"It was always going to be a long shot to get me back in. There's some excellent players and, the likes of Ravi Bopara, the last thing that they needed in an Ashes series that is going to be so high profile is someone like myself getting a hundred and the media building up my chances of getting in the team,” a very sporting Vaughan said. 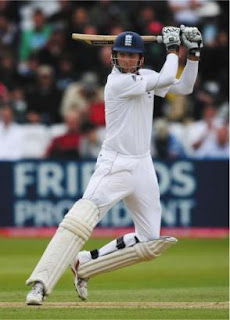 "Those guys need the confidence to go out and play. I had great opportunities and all the younger players and the guys in and around the team need that confidence to go out and express themselves now. I could have had the opportunity to play for the England Lions but it would have been based purely on the past and you have to move forward,” he added.

"I hope by me moving on now it gives a great opportunity for the guys to go and recreate history. The Ashes win of 2005 will be irrelevant over the next few weeks. Hopefully the team can move on and create their own piece of history," the man who led England to an Ashes victory after ages observed.

"I always like us on our home shore; I like the job Andy Flower and Andy Strauss are doing in building this unit. I'm enjoying the fact we've got bowling options that look like wicket-taking options. Yes they bat deep, but I do think we've got 20 wickets in the tank in the Test series. That's why I'm optimistic,” Vaughan reckoned.

"I haven't strategically looked at the Australian players because I haven't had to, but Straussy knows that we're good friends and if any time during the series he wants to ring me up and have a yarn, my phone will always be on. I want England to be successful. I want to be at the Oval in August with everyone celebrating a great Ashes victory,” he wished. 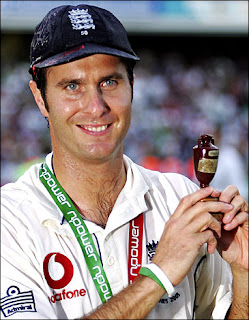 With the retirement of Vaughan the career of one of the most technically correct England batsmen of all time has come to an end. He remained a class act ever since making an impressive Test debut against South Africa at Johannesburg in 1999. Allan Donald and Shaun Pollock were firing on all cylinders but the debutant showed remarkable composure while contribute 33.

He made an even bigger impression in the role of a captain having been compared to the likes of Peter May and Mike Brearley. He commanded respect and was accorded respect from every other opposition captain and player.