While cricket and hockey continue to test the patience of the sports enthusiasts in Pakistan, the progress being made in the game snooker provides some consolation. At a time when the hockey team failed to even qualify for the World Cup and the cricketers struggled to overcome the lowly-rated Zimbabwe there was some ray of hope for the country to seek further glories in snooker. 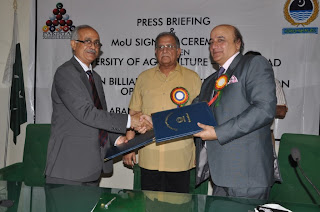 The industrial town of Faisalabad, which is home to the current world snooker champion, Mohammad Asif, has now taken the lead in establishing the first-ever snooker academy of the country. It was in the fitness of things that Asif was present in the inauguration ceremony as the Pakistan Billiards and Snooker Association (PBSA) inked a deal with the University of Agriculture, Faisalabad (UAF), for establishing academy on September 14.

The Memorandum of Understanding (MoU) was signed between Alamgir Anwar Shaikh, President, PBSA, and Dr Iqrar Ahmed Khan, Vice Chancellor, UAF, in a high-profile ceremony at the campus on Saturday in the presence of Riaz Hussain Pirzada, Minister for Inter Provincial Co-ordination (IPC). 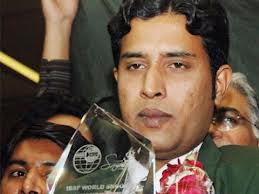 According to the PBSA media release,  the welcome speech by its President, Alamgir Shaikh who requested the IPC Minister to use his good offices to donate a couple of tables from the Ministry since the PBSA had planned to install four tables for the Academy but only two could be arranged due to financial constraints.

The PBSA President thanked the Vice Chancellor UAF for providing the University Hall for the Academy and praised the management for their wholehearted co-operation in turning the dream of a snooker academy into reality.

The Vice Chancellor, Dr Iqrar Ahmed Khan, acknowledged the efforts of the PBSA in establishing this academy which he said was a big achievement and assured the Minister that the University of Agriculture will always be ready for any sports activity in the premises. He also offered a job to world champion Mohammad Asif at the university.

The IPC Minister, Riaz Pirazada, in his speech, recognized the initiatives of the PBSA and the UAF for setting up the snooker academy. He praised the efforts of the PBSA for the promotion of snooker in Pakistan and lauded the cueists for their achievements in international competitions which made the country proud. 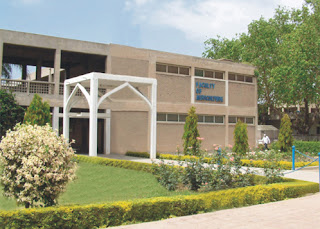 The Minister announced that the two tables to the Faisalabad Snooker Academy will be provided by the Ministry of Inter Provincial Co-ordination in addition to the already installed two) tables by the PBSA. Furthermore, the Minister also gave assurance on behalf of the federal government that Mohammad Asif will soon get his entitlement of the cash award of Rs. 10 Million as per Sports Policy.

The Snooker Academy Hall was declared officially open by the IPC Minister by cutting the ribbon and playing a shot on the snooker table.

The PBSA President proposed that the name of the Hall provided by the UAF for the Snooker Academy be named Muhammad Asif Snooker Hall. The Vice Chancellor agreed to the proposal and assured to take approval of the said proposal from the Board of the UAF.
readmore »»