McGain would have wished debut against India for better Test returns 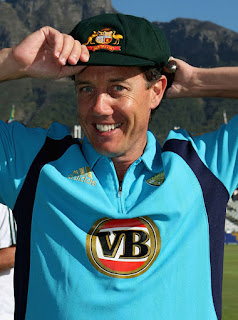 The Australian leg-spinner Bryce McGain must have been regretting having made his Test debut against South Africa in which he was taken for 149 runs in a matter of 18 overs. Besides leaking far too many runs by the Test standards, he was unable to get any wicket in the only innings that South Africa needed to bat.

His would go down as one of the most nightmarish debut performance or the lack of it of all times. The 36-year-old vastly experienced campaigner was not allowed to settle down by the South African batsmen, who kept attacking him throughout.

McGain, who was certified by a leg-spinning wizard called Shane Warne, lost his radar in the Cape Town Test and the home batsmen went hard at him. After all it was Test cricket and the batsmen were eager to cash in on every single opportunity. Yet it’s rare for any bowler to suffer that kind of humiliation.

Having conceded 149 runs in just 18 overs, McGain simply had no luck. Mind you going at 8.27 runs per over will be considered expensive even in a Twenty20 game, let alone the 50-overs one-dayers. He couldn’t put his acts together and he was belted mercilessly and fearlessly during the course of a Test match.

McGain must have regretted the injury that forced him to return early from the tour of India at the start of the season. He would have been much better off debuting against India no matter how big reputation the home batsmen had.

He would know that he stood a chance of returning much better figures in India. Having become a professional at the age of 35, he was chosen as the chosen as the premier spinner for Australia's tour to India. He was being talked about as a long-term prospect despite his advanced age.

He was certain to make his debut Test debut in India when a rather unusual injury to the tendons in his right armpit forced him to return home for a surgery. He didn’t lose heart and returned to play for Victoria in the Sheffield Shield after recovering completely. He bowled well to be selected for the tour of South Africa.

After being overlooked for the first couple of Tests, both of which were won by Australia, he was finally included in the playing eleven in the third and final Test in Cape Town.

McGain might have felt that it’s easier to capture wickets against India or at least get away with it even when bowling not too well. He has the most example of Jason Krejza in front of him. 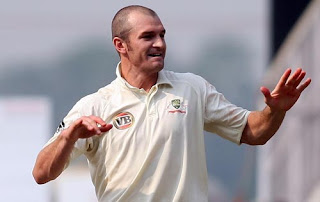 Krejza had been taken for 199 runs in 31 overs in the warm-up game but the team management gambled with him in the deciding fourth and final Test in Nagpur. He was adjudged Man of the Match after having claimed exactly a dozen wickets on his debut.

Krejza, as McGain must be wondering, had not bowled so well but the Indian batsmen accorded him the same kind of respect as if encountering Shane Warne or Mutiah Muralitharan. That’s the special quality of the Indian batsmen who have their own unique methods of going about their business.

Krejza picked up as many as eight wickets in the first innings and took four more in the second outing. It was dream debut, just the opposite of McGain a few months later.