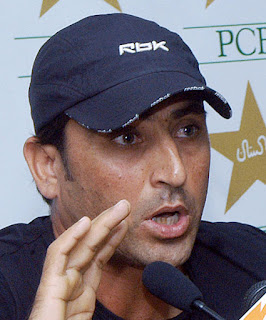 Reportedly it took the Chairman of the Pakistan Cricket Board (PCB), Ijaz Butt, only a few minutes to convince the reluctant leader Younis Khan to take up the national captaincy unconditionally.

The PCB was certainly in a spot of bother after the heavy loss to Sri Lanka in the third and final One-day International at the Qaddafi Stadium, Lahore, and as we have so often seen in the past the captain was made the scapegoat.

Shoaib Malik, who was granted a fresh vote of confidence by the PCB not so long ago, was axed and they obviously needed a new skipper to do the job for the team, starting with the upcoming Test series against Sri Lanka.

The point to be noted here is that the captaincy was offered to Younis Khan because he seemed the only player having a secured position in the team. He was not chosen for the job because of his leadership skills or anything like that.

The PCB didn’t have any other option at this stage. With Shoaib Akhtar battling injuries Mohammad Asif engaged in tribunal hearings and Mohammad Yousuf having joined the Indian Cricket League (ICL) there was no high profile cricketer available to take up the leadership of the national team.

By agreeing to lead the team without having any second thoughts apparently, Younis has saved the PCB from any further embarrassment because there could have been another crisis in case of his refusal.

Younis has been one of the most successful number three batsmen of the recent times. Although his up and down approach doesn’t always give the impression of him being as rock solid as Rahul Dravid or as enterprising as Ricky Ponting, believe me he has a record that would make anyone proud.

He has scored nearly 5,000 runs in less than 60 Tests at an average of almost 50. Most notably he has also scored 15 centuries in 58 Tests, besides 20 half-centuries. It’s an outstanding record by all means.

His stats in the ODIs are impressive as well with over 5,000 runs under his belt and he has been the architect of many famous victories registered by Pakistan over the years.

He was considered a future Pakistan captain when appointed the deputy to Inzamam-ul-Haq during the 2005-06 season. He also impressed many with his captaincy skills whenever pressed into service in the absence of the imposing figure of Inzamam. 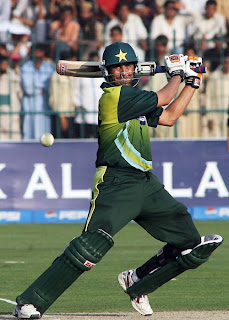 But Younis could not handle the pressures of captaincy when he was offered the job in the 2006 ICC Champions Trophy. He resigned abruptly before agreeing to take up the assignment the following day. It had become clear that he was not the man for the job and the ensuing debacle in the Champions Trophy didn’t come as a surprise.

Younis declined to lead the team when the post became vacant following the exit of Inzamam in 2007. He didn’t win many friends at home by having turned down the captaincy to concentrate on his county cricket engagements with Yorkshire.

Having had a controversial run as a captain, Younis had to face queries of all sorts from the media. He was found wanting in tackling the ticklish questions and his response didn’t impress many. He has been observed running short of ideas once too soon and it remains to be seen if he has improved in this area.