The curtain fell on the Karachi Press Club (KPC) Summer Sports Festival 2010 with a fabulous prize distribution ceremony at the club’s Ibrahim Jalees Hall on July 30.

Sindh Sports Minister, Dr Syed Mohammad Ali Shah, who had reached Karachi from London earlier in the morning, was accorded a very warm welcome as he reached the KPC at the designated time of 7 pm to preside over the function. 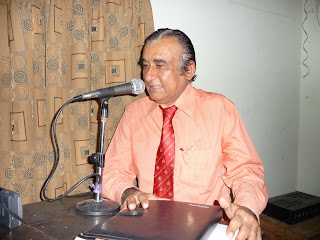 In his speech on the occasion, Dr Shah, who is also the President of the Sindh Olympic Association (SOA), commended the Governing Body of the KPC for having revived the Sports Festival and he vowed to support it in the future as well.

“We would be more than glad to support even more than one Sports Festival in a year at the KPC. So be prepared to hold a Winter Sports Festival later this year in which the sports department of the Government of Sindh will extend your institution similar support,” Dr Shah announced.

“The media professionals are not too dissimilar to the doctors who have to be on their toes all the time. It’s really very heartening that the KPC members squeezed time to compete in the tournaments so enthusiastically,” he noted.

“It has always been a pleasure to be at the KPC. In fact I find the atmosphere very homely here. It’s my own club and I would be more than glad to contribute my bit in its further development,” Dr Shah remarked.

He shared his SOA experiences, recalling that there was barely Rs 13,000 or so in its account for decades but he has now turned it around by securing a grant of Rs four million from the Sindh Chief Minister, Syed Qaim Ali Shah, besides getting approved an annual grant of Rs 10 million.

Shoaib Ahmed Siddiqui, Secretary Sports & Youth Affairs to the Government of Sindh, who played the pivotal role in facilitating the KPC Sports Festival, delivered a brief speech in which he expressed his delight with the success of the event.

“The sports department is always there to implement the policies of our versatile minister, Dr Shah, who had appreciated the idea of the revival of the KPC Sports Festival while readily agreeing to offer support for the venture,” Shoaib Siddiqui observed. 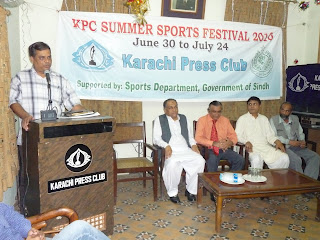 The President of the KPC, Imtiaz Khan Faran, paid glowing tributes to Dr Shah and Shoaib Siddiqui for having fulfilled their promise so quickly that enabled the Sports Festival to start and finish at the scheduled time.

The Secretary of the KPC, A H Khanzada, expressed similar sentiments and he dwelled on the development of a Mini Sports Complex in the backyard of the club, seeking help from the Government of Sindh for this project.

Dr Mohammad Ali Shah, the chief guest of the evening, and Shoaib Siddiqui then distributed cash prizes and certificates among the top three position holders of all the five tournaments held during the month-long festival having been inaugurated on June 30.
readmore »»

Raina grabs opportunity with both hands

Not for the first time the injury or illness to a key player paved the way for someone waiting in the wings for quite sometime and the opportunity was grabbed with both hands. Suresh Raina was certainly not in the scheme of things when the Indian think-tank sat together to field their strongest possible outfit in the second Test to prevent hosts Sri Lanka from running away with the series.

Yuvraj Singh was the obvious choice for the number six slot despite having failed in both the outings of the first Test after that fluent century in the only warm-up game. As the luck would have it the experienced but enigmatic left-hander was declared unfit and Raina was handed over the Test cap finally. 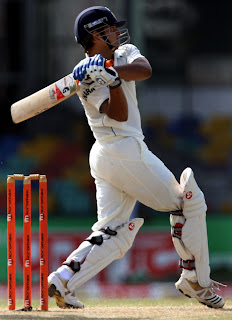 Yes it had been a long wait for the enterprising Raina whose exceptional talent had made him a permanent member of Indian limited overs team for the past few years. In fact he had already played in 98 One-day Internationals and would have certainly played many more before his Test debut if Yuvraj had not been ruled out at the eleventh hour.

Raina had to spend the first couple of days in the Test arena doing leather chasing as the Sri Lankans scored heaps of runs after winning the toss. Although the ever-brutal Virender Sehwag had got off to a cracking start the Indians had a mountain to climb in order to save the game.

As we have become used to watching it there was a batting collapse after the fall of Sehwag for 99 and all of a sudden the batting paradise of SSC Colombo had started to look a favoured strip for the home bowlers.

The Indians, having been hammered in the previous Test, were in danger of yet another crushing defeat when debutant Raina came in to join Sachin Tendulkar, who had witnessed the cheap dismissals of the big guns Rahun Dravid and VVS Laxman at the other end.

Raina didn’t show any sign of nerves apparently while tackling the young Sri Lankans spinners who were dominating the seasoned Indian batsmen yet again. With Tendulkar as assured as ever at the other end he had the opportunity of discussing the strategy in the middle overs.

The presence of Tendulkar and the experience of 98 ODIs must have played a huge part in Raina remaining cool and calm throughout the length of his innings which turned it around for his side. 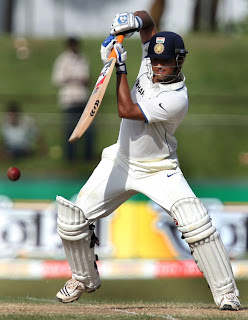 A century for him was very much on the cards on the fourth day and he didn’t let go the opportunity. He was consistently attacked with the short-pitched stuff but he did show the resilience to negotiate everything with confidence.

He was up to the task whenever the ball was pitched to him and he was not afraid to drive them gracefully towards the fence. He took his chances when the spinners tested him with flight and his couple of sixes reflected him being in total control.

Raina’s century on Test debut provides another worthy option for the Indian middle-order that does need someone as dashing as him at number six. He would obviously be needed to prove his mettle on the bouncy pitches abroad before he could be permanently slotted there.
readmore »»