Younis Khan, one of the greatest-ever batsman to be produced by Pakistan, was feted recently by the Global Sports, a non-profit organization incorporated in the US, for having reached the milestone of 10,000 runs in Test cricket. 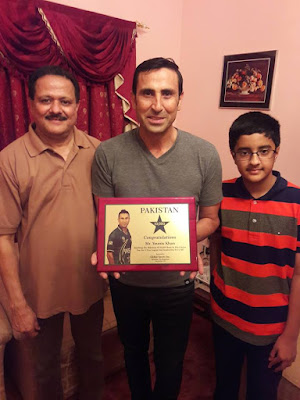 Although the batting maestro had retired from international cricket soon after having attained the unique honour in the Caribbean last year, Younis was belatedly honoured by the US-based entity in his hometown, Karachi.

Naeem-ul-Haq, a former cricketer and now a qualified coach, having relocated to the US, presented the award to Younis on behalf of the Global Sports in a simple but graceful ceremony during his current visit to Karachi.

“We had originally planned presenting this award to the great Younis Khan in the West Indies when he had earned the coveted distinction of becoming the first Pakistani to get to the magical figure of 10,000 Test runs. Better late than never and we have finally done it,” Naeem remarked on the occasion.

Naeem, who happens to be one of the ardent supporters of Younis, described him as a living legend. 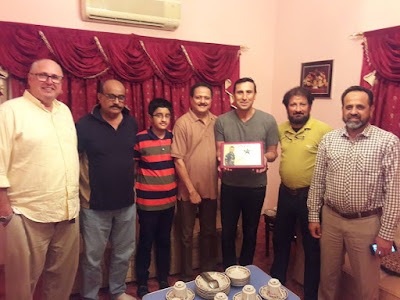 “For some reason or the other, he didn’t get the recognition he so richly deserved. Throughout his career he silenced his critics with his bat. He was a man of few words but he scored heavily most of the times to prove his critics wrong time and again,” Naeem complimented.

“The records of Younis speak for themselves. He scored no less than 10,099 runs in 118 Test matches which include as many as 34 centuries. His career batting average of 52.05 was phenomenal. In fact he remains the highest runs-getter as well as the scorer of the highest number of Test centuries for Pakistan. Yet he was subjected to undue pressure which ultimately motivated him to perform even better,” he added.

Younis, in his brief remarks, thanked the Global Sports for having recognized his efforts by presenting him an award. He lauded the role of the Michigan-based organization in promoting cricket in US and he also expressed the desire to participate in the next year’s Diversity Cup Cricket Tournament. 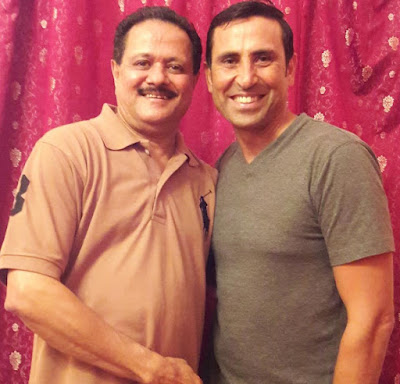 “Every single effort made for the promotion of cricket in any part of the world has to be commended. It’s very encouraging to find dedicated cricket lovers taking the time out for the game that’s so dear to their heart,” Younis stated.

Anwar-ul-Haq, who mentored Younis in the early part of his career, was also present in the ceremony.

“Younis has been a quick learner from the outset. He always took his lessons very seriously and he was never afraid of working hard. That’s why he went from strength to strength in international cricket, overcoming all the challenges with his will power allied with sound technique,” Anwar, who coached Younis at the Muslim Commercial Bank (MCB) where both of them were employed together, observed.

Younis has continued to hold Anwar in high esteem, recalling with affection their companionship at the MCB, an institution which used to take pride in nurturing young talent.
readmore »»