Zia Mahmood, regarded as the greatest-ever bridge player to have emerged from Pakistan, will team up with Syed Ameer Hasan in the Super Bowl bridge contest being organized in the latter’s honour by the Mind Sports Association of Pakistan (MSAP) early next month. 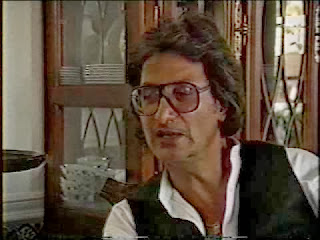 Tariq Rasheed Khan, Director, MSAP, has confirmed that the legendary Zia, who took Pakistan all the way to the final of the Bermuda Bowl World Championship two times during the 1980s, has confirmed his participation in the upcoming Super Bowl scheduled to be staged at the Aslam Bridge Hall, housed in the National Stadium Karachi, on January 2.

Zia, who was declared as the Bridge Player of the Decade in the United States of America (USA), has lived abroad for a number of years but he has remained a regular visitor to the home country.

“Zia is scheduled to arrive in Karachi in the New Year Day and besides taking part in the Syed Ameer Hasan Benefit Match and Super Bowl, he will also be involved in other ceremonies during the first week of January,” Tariq Rasheed disclosed.

“The Super Bowl concept was introduced to acknowledge and celebrate the accomplishments of bridge personalities. After having honoured 26 outstanding players and four organizers we have now decided to recognize Syed Ameer Hasan, a pioneer of bridge journalism in Pakistan. He has been a dedicated worker and committed player whose role in the promotion of bridge deserves to be eulogized,” the MSAP official stated. Ameer Hasan had served the Pakistan Bridge Federation (PBF) as its Executive Secretary for more than a decade before having joined the MSAP three years ago.

“His services were acquired by the MSAP immediately after he left the PBF in 2010. He has worked for the cause of bridge non-stop for a number of years and we felt it’s high time to honour him befittingly,” Tariq Rasheed observed.

“The MSAP Chairman, Khurshid Hadi, had approved the Syed Ameer Hasan Benefit Match and Super Bowl about six months ago and Data Steel, the major sponsors of mind sports in the country, promptly agreed to support it. The date of January 2, 2014 was finalized in consultation with Zia Mahmood who was very eager to participate in the event,” he added.

The MSAP Director didn’t deem it proper to disclose the exact amount Ameer Hasan was likely to be presented at the Super Bowl but assured that it would be a handsome purse.
readmore »»