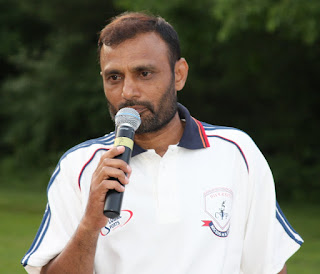 Detroit in Michigan has emerged as one of the most bustling cricketing centres of the United States of America (USA). The event that has brought the city of Detroit in limelight is none other than the Diversity Cup, having become an annual feature for the past few years.
In fact there are two standout tournaments in Detroit every year that catch the imagination of the cricket enthusiasts over there. One is the Big 3 Cricket Challenge tournament contested by Daimler Chrysler, GM and Ford and the other one is the Diversity Cup.
The breaking news for the cricket followers in the USA is that the dates for this year’s Diversity Cup have been announced and all is set to have its upcoming edition in Detroit from July 3 to 5.
Shahid Ahmed, who is the motivating force behind the tournament, has already started communication in this regard with the various stake-holders and he looks confident of making even more memorable than before.
He has been successful in implementing his ambitions plans gradually and there is likelihood that the Diversity Cup, already broadcast live via the internet, will go places in the years to come.

Shahid Ahmed, who is the President of the Michigan Cricket Association, besides being the CEO of the Global Sports Inc, has been very keenly working on the promotion of cricket in his country where the game still has the status of being a minority sport.
Committed and consistent efforts of individuals like him can go a long way in lifting the game in the USA. The success of the Diversity Cup augurs very well for the future of cricket in North America.
The Diversity Cup has been acclaimed as a tournament having attracted global attention and put Detroit on the world cricket map. It was an exceptional idea to have the teams named after the main cricket playing nations. 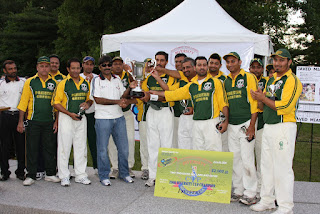 The Diversity Cup was launched by the Global Sports in 2006. There were four teams by the name of Canada Maple Leafs, India Blues, Pakistan Greens and USA Stars who contested the inaugural tournament. There was a welcome addition of Sri Lanka Lions and West Indies Masters in 2007.
The presence of cricket legends like Asif Iqbal, Mushtaq Mohammad and Javed Miandad has been greatly helpful in boosting the tournament in its early years. It went to the credit of the organizers to have succeeded in bringing such great names over there and the guests of honour did not mince words in having acknowledged the good work being done by the Global Sports in promoting the game.
The Diversity Cup, whose fourth edition is to be held in just a few months time, has also witnessed the participation of some renowned cricketers. With the organizers putting in greater effort and the event gaining popularity every year the upcoming venture is likely to generate more interest than ever before.

Shahid Ahmed and his team at the Global Sports deserve the support of the cricket community in order to further boost the game in the region.