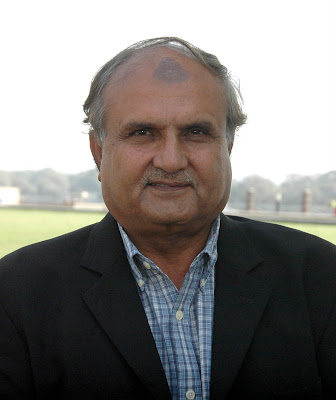 Iqbal Qasim, the greatest left-arm spinner produced by the country now heading the national selection committee, sees no point in taking the New Zealanders lightly against whom Pakistan have had excellent record in all forms of the game.

He is a man of few words. He believes in maintaining a low-profile and refrains from unnecessary controversies. But he is one man who is focused and strong-headed who understands the game and its management better than many others. He has done wonders as the head of the sports division of National Bank of Pakistan (NBP) and now it’s the turn of the Pakistan Cricket Board (PCB) to benefit from his expertise.

“New Zealand could be considered as somewhat weaker opponents while taking on Pakistan in the United Arab Emirates (UAE) where the placid pitches and the hot weather would not be to their liking. But they would be a different proposition altogether in their own backyard,” Iqbal Qasim reckoned in an exclusive interview.

“New Zealand may not be having too many big names in their ranks at the moment but they are a hard-working side whose approach to the game is professional. They have a few outstanding youngsters who remain a threat to every opposition. Our team has to perform well to overpower them even in the UAE,” the chief selector felt.

Iqbal Qasim, who will be traveling to the UAE with the national squad for the upcoming limited overs series against New Zealand, expected his boys to play to their potential and emerge triumphant ahead of the Test series.

“Our boys will be put to real test in New Zealand where the playing conditions are entirely different to the ones in this region of the world. They could make life difficult for the home side if they continue performing consistently,” he believed.

“The average New Zealand teams more often than not pose a danger for the more fancied outfits because they have nothing to lose and it’s the pride of their opponents that’s at stake. Therefore our team will be needed to mobilize all its resources to tame them in their own den,” Iqbal Qasim remarked.

Talking further, the chief selector didn’t think of Australia, Pakistan’s next destination after New Zealand, as a weakened side despite the retirement of the likes of Shane Warne, Adam Gilchrist, Glenn McGrath, Mathew Hayden and Justin Langer.

“Remember Australia are one sporting nation who only believe in pushing forward. That’s the secret of their success. They don’t waste their time in counter-productive activities. They are focused about the job in their hand than worrying for the past or the future. Their agenda is to dominate and win,” Iqbal Qasim said. 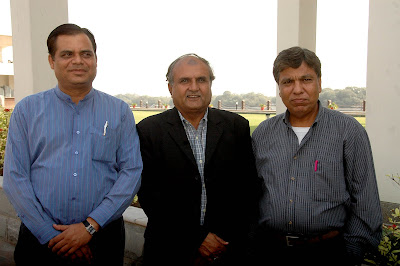 “Australia are the only cricket team who try to give more than 100% even when playing in the comfort of their own grounds. They are mentally tough who don’t get carried away with odd hassles or too. They don’t mourn defeats like other nations. Neither do they get absorbed in long celebrations after a win. They lead life more professionally than anyone else,” he elaborated.

“The Australian think-thank is always on the move. They keep on devising strategies and have backup plans. That’s why they don’t get entangled into problems. They know exactly how to combat a crisis,” Iqbal Qasim complimented.

“Obviously Pakistan would be able to come to terms with Australia only if they deliver on a consistent basis. Our bowling has the penetration to check their batters. If our batsmen also get going we can offer tough fight to the Aussies,” he concluded.

Dhoni stars in a fabulous win 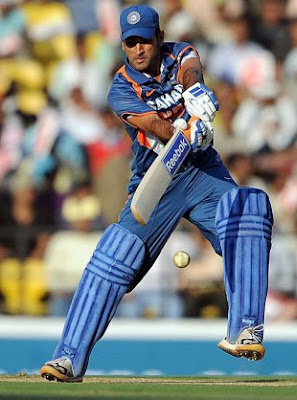 It was all about Mahendra Singh Dhoni at the Vidarbha Cricket Association Stadium in Nagpur on October 28. He played the innings of his lifetime that enabled India to erect their highest-ever ODI total against Australia. Then he led from the front in the field until he himself whipped the bails off to run out the last man to signal the end of the match.

The skipper was the star of India’s most comprehensive win over Australia for quite some time. The Indians needed something as awesome as this one to stamp their authority over the Aussies whom they have been giving tough time for a number of years now.

The Indian cricket fans would remember the day for a long time as they watched the Aussies being floored decisively by a determined outfit who outplayed their fancied rivals in the two key departments of the game, batting and bowling.

It doesn’t really how many qualified coaches do they hire and how many youngsters do they blood, the standard of Indian fielding remained as dismal as it has mostly been over the years. Their batting and bowling has improved in leaps and bounds but fielding is an area that remains a cause of concern for them all along.

The Indians are fortunate to have been blessed by so many outstanding batsmen and bowlers at the moment. No other team possibly can be expected to win a game if they field as poorly as they do.

What a pity that they could still not raise their spirits in the field when in the driving seat. The Australians were always going to struggle while chasing a target of 355 against a potent bowling attack.

The Indians would have won the match by a much bigger margin if their fielding was upto the mark. The manner in which Praveen Kumar misfielded more than once was shameful of an international cricketer. He made a mess of a catch in the deep that should have been nothing more than a regulation catch near the fence. Instead he gifted a six to Shaun Marsh much to the dismay of left-arm spinner Ravindu Jadeja who was bowling exceptionally well. 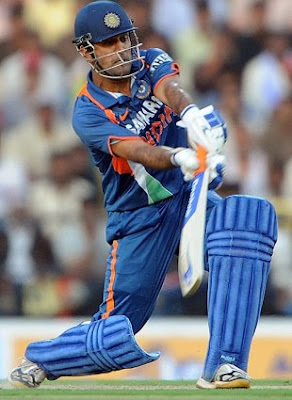 The catching technique of Sachin Tendulkar and Harbhajan Singh in the outfield also left a lot to be desired. Even the schoolboys in Australia and South Africa are expected to take the catches that they dropped.

The Indians should be indebted to their captain for not having lost his cool even with those dreaded lapses in the field by the celebrated members of his team. He made near perfect bowling changes to ensure that the match was never opened.

Earlier in the day Dhoni entertained the crowd with one of the greatest ODI innings. Coming in to bat at number five he initially consolidated the innings with Gautam Gambhir and then cut loose in the company of Suresh Raina. He scored 124 off 107 balls to power India to their highest-ever total against Australia.