Sports and games have been a very distinctive feature of the Aligarh Muslim University (AMU) right from the days of the Muslim Anglo Oriental (MAO) College. Historically the college became more famous initially due to the accomplishments of its sportsmen rather than for the academic excellence. 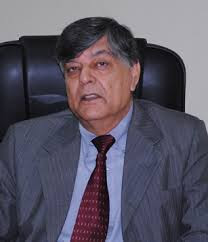 With such a strong background in sports, the institution has remained a nursery for outstanding sportsmen and players all along and the tradition has continued with great fervour. The Aligarhians, as the alumni of the AMU are often called, have done wonders in many other fields too.

Engr Mohammad Adil Usman, who was an outstanding badminton player during his student life, has become one of the leading engineers and educationists of Pakistan.

He was elected as the President of the Aligarh Muslim University Old Boys Association (AMUOBA), Pakistan, in April 2013 when he also took over as the Chancellor of the Sir Syed University of Engineering and Technology (SSUET), Karachi.

A great grandson of the legendary Maulana Mohammad Ali Jauhar, he has set high standards in every sphere of life. He has excelled in every role he chose for himself and he takes pride in leading by example. 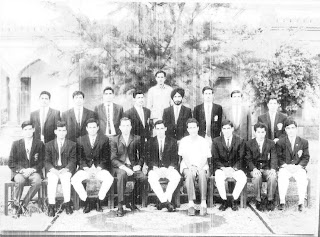 Engr Adil Usman, besides playing badminton, also actively participated in the table tennis, cricket, hockey and billiards at the AMU whose sporting culture inspired him immensely.

On the basis of his exceptional performance, he was appointed the captain of the AMU’s badminton team for the academic year 1965-66. It’s a hounor he cherishes to this day.

He has every reason to feel proud of his sporting accomplishment at the AMU because it had so many outstanding athletes in its folds and he was also one of the shining lights. 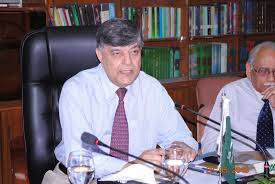 He recalled that the sports and games activities were organized under the patronage of the University Games Committee with Vice-Chancellor as the chairman.

“Our sporting facilities were exceptional and we were encouraged to participate in maximum number of disciplines. Although we didn’t have the services of professional coaches those days we did have the opportunity of learning from our seniors in the available infrastructure,” Engr Adil Usman remarked in a recent interview.

“I was more inclined towards my engineering education which didn’t allow me to continue playing badminton to take part in the national tournaments. That’s one of those things. You have to make odd sacrifices,” he observed.

He, however, remains a great supporter of sports. He firmly believes that character-building of students is much important as their education at any level. He reckons that education without character is like a flower without fragrance and education isn’t mere textbook knowledge. 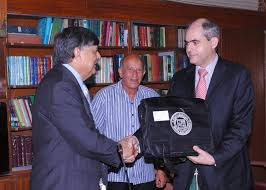 The SSUET Chancellor pointed out that character is an amalgam of many qualities like honesty, integrity, dependability, diligence, loyalty, compassion, sincerity, attentiveness, determination and confidence.

“Good character is when your head, heart, soul and hands agree to do the right thing, in the right way, for the right reasons and the combined effort gets the right results in the midst of the most adverse conditions,” he elaborated.

“As a matter of fact education in the true sense has a great role to play in shaping ones personality and character. Let a student learn thoroughly whatever he may learn and let his conduct be worthy of his learning,” he emphasized.

Engr Adil Usman, having graduated from the AMU in the discipline of Electrical Engineering in 1968, is the Chief Executive of the Associated Technical Consultants, a renowned engineering consulting firm. He has been taking active interest in the promotion of technical education in Pakistan besides his other social sector engagements. He is the founder member of the SSUET having been a member of the Board of Governors for the last many years.
readmore »»