Quite remarkably there was no major upset in the first round of the ICC World Twenty20 2010 and all the eight seeded outfits managed to force their way into the Super Eights starting on May 6. 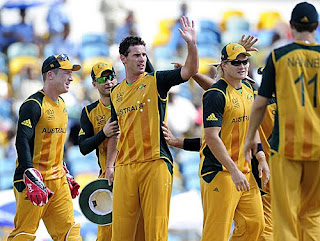 Australia topped the Group A with two successive wins while Pakistan, the defending champions, had to settle with the number two slot. New Zealand became the Group B leaders ahead of Sri Lanka while India headed the Group C, relegating South Africa to the second place. Hosts West Indies led the points table in the Group D where England edged out Ireland on net run-rate.

Now in the Super Eights, the Group E comprises of Pakistan, England, New Zealand and South Africa while the Group F contains Australia, India, Sri Lanka and the West Indies. Interestingly there are no carry forward points allowing advantage to the teams having made there after having ended runners-up in their respective groups.

There were quite a few upsets in the matches leading to the tournament but there were none in the event itself where the quartet of Bangladesh, Zimbabwe, Ireland and Afghanistan couldn’t surprise any of their fancied opponents.

Zimbabwe had come up with the most astonishing performance in the warm-up matches, having defeated both Australia and Pakistan. England looked in complete command while winning both their matches, including the one against South Africa. New Zealand also emerged victorious in both their outings.

New Zealand carried their brilliant form to the main event and whipped the high-flying Sri Lankans in the opening match of the tournament in Guyana where the West Indies bulldozed Ireland by 70 runs later in the evening.

The Indians found the conditions of St Lucia to their liking and won both their matches, against Afghanistan and South Africa, rather convincingly. Pakistan, however, met with mixed luck at the same venue where they crashed against Australia after hammering Bangladesh.

The rains played havoc for a couple of days as the action returned to Guyana with all the four matches getting affected. Sri Lanka were lucky enough to win even after batting first in the shortened game against Zimbabwe but the West Indies benefited greatly by the DL method while cruising to victory over England.

Zimbabwe’s following game against New Zealand was also ruined by rain but the result was seldom in doubt after the hosts had been bundled out for a very low total after a promising start. 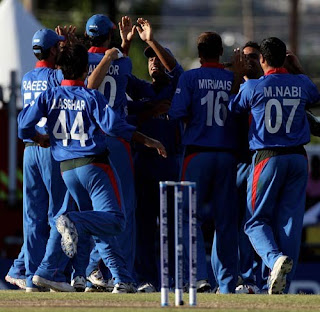 The team that must have cursed the weather more than anyone else was Ireland because they had a realistic chance of overpowering England and advancing to the Super Eight. But the rains didn’t let them have a go at the modest target of 121 in 20 overs. Much to England’s relief the match didn’t resume once it had been halted.

Thankfully that was the final game in Guyana and the focus shifted to Barbados for the last couple of league games neither of which produced a surprising result as Australia overcame Bangladesh after a few hiccups and South Africa blew the whistle on debutant Afghanistan, who however had their moments in the tournament.
readmore »»