The President of the Board of Control for Cricket in India (BCCI), Narayanaswami Srinivasan, may be asked to leave if any evidence is found against his son-in-law Gurunath Meiyappan in the IPL spot-fixing scandal, according to a report published in one of India’s leading newspapers. 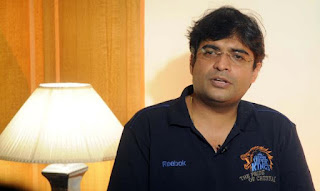 Meiyappan, a top official of the Chennai Super Kings franchise, was reported to have reached Mumbai to appear before the police for questioning in connection with the IPL spot-fixing scandal.

Chennai Super Kings, which is being led by the Indian captain Mahendra Singh Dhoni, is owned by the India Cements whose Managing Director is none other than N Srinivasan, the BCCI President.

The sources have disclosed that actor Vindoo Dara Singh, who was arrested earlier this week for his alleged links with bookies, told the Mumbai Police that he bet on games on Meiyappan's behalf. He has also reportedly claimed that Meiyappan lost Rupeess one crore in betting.

According to reports, the police had issued summons to Meiyappan to verify certain issues raised and claims made by Virender Singh. 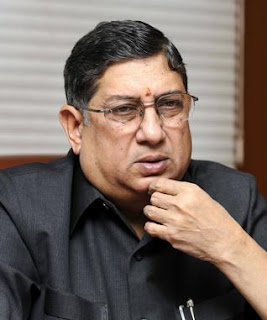 There were reports circulating in the media on the proximity of Virender Singh to the Super Kings franchise. Those reports, which included pictures of the actor watching IPL matches in the company of Super Kings captain MS Dhoni's wife, have not been denied.

Meiyappan's status in the Super Kings franchise became the subject of some debate, if not controversial, as the promoters began to distance themselves from him.

"India Cements follows zero tolerance policy and if anyone is proved guilty, strict action will be taken immediately. India Cements assures full co-operation with BCCI and the Law Enforcement authorities," an official handout from the India Cements said. 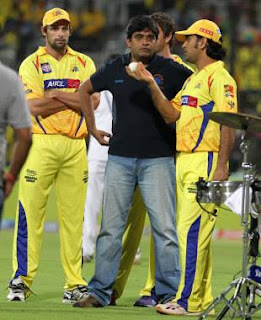 "India Cements clarifies that Gurunath Meiyappan is neither the owner nor CEO/Team Principal of the Chennai Super Kings. He is only one of the Members (Honorary) of the Management Team of Chennai Super Kings,” the press release added.

Meiyappan, however, was frequently visible at the Super Kings dug-out and was also present at the franchise's table at IPL auctions. Interestingly, the bio on his verified Twitter account read 'Team Principal Chennai Super Kings' till it was changed, half an hour after the India Cements press release, to remove the CSK reference.

He is also believed to be holding a gold accreditation card for the IPL, reserved for team owners. He also represented the franchise at team owners' meetings organised by the IPL and was said to be the point of contact for other franchises for any discussions over player trades and similar issues from the start of the IPL.
readmore »»