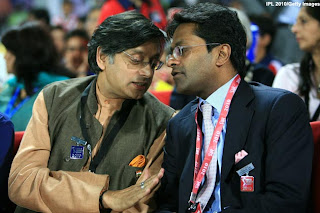 Shashi Tharoor, Minister of State for External Affairs, has been reported to have resigned from the Union cabinet on April 18, after days of relentless controversy over his alleged involvement in the bidding for an IPL team.

According to the reports from the Indian capital, New Delhi, Prime Minister Manmohan Singh has forwarded Tharoor's resignation letter to the President with the recommendation that it be accepted.

"It’s a voluntary resignation. I don't want to embarrass the party. I want parliament proceedings to go on, hence I have decided to resign," Tharoor is believed to have written in his letter.

Tharoor's association with the Kochi IPL and the bidding process for the team had come under fire leading to the issue becoming a major controversy and claiming the seat of the minister.

The 54-year-old Tharoor, a writer and a former Under Secretary General at the United Nations, tendered his resignation after the Congress core group, comprising the top leaders of the party, sought it.

He also had an audience with the Prime Minister during which is he is understood to have explained his position. He had met Sonia Gandhi and Finance Minister Pranab Mukherjee and Defence Minister A K Antony separately in a bid to convince them about his innocence.

Tharoor was accused of helping his friend, businesswoman Sunanda Pushkar, in acquiring a stake in the Kochi IPL team. Pushkar, who has a sweat equity valued at Rs 70 crore in the IPL Kochi franchise, announced earlier in the day that she had resigned from Rendezvous Sports World, which is one of the stakeholders in IPL Kochi.

"Given the deeply unpleasant publicity surrounding my involvement, I can no longer find the enthusiasm required to associate myself with any IPL activity in the future. I therefore voluntarily offer to return to Rendezous the sweat equity they offered me. I do not wish to ask for compensation for my services rendered to them," Pushkar said in a statement.

Pushkar also denied having acted as a proxy for Tharoor and said that the Rendezvous Group had given her equity as payment for her marketing expertise and her help in putting the bid together.
Tharoor, a first time MP from Thiruvananthapuram, got into controversy after IPL Commissioner Lalit Modi revealed that Pushkar had equity stakes in Rendezvous Sports World (RSW), which heads the consortium that owns the Kochi team. 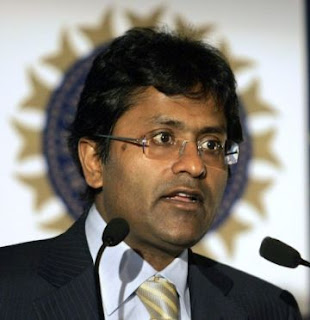 The controversy over the ownership of the Kochi franchise became public after IPL Commissioner Lalit Modi revealed the composition of its stake holders on his Twitter account.

The role of the high-profile Modi behind the deals in the IPL has also been questioned but he appears to be having total support of the Board of Control for Cricket in India (BCCI) at present.

The BCCI high-command seems to be right behind Modi at the moment but there’s pressure mounting for transparency and accountability. The IPL Commissioner has been calling the shots all along and it remains to be seen if he will survive the ongoing Kochi controversy. readmore »»