The 30-year-old off-spinner, James Tredwell, had taken 11 wickets in nine One-day Internationals prior to his selection for the ODI leg of the tour to India. Given his ordinary track record, he might not have expected to be the most successful bowler from either side in the five-match series. 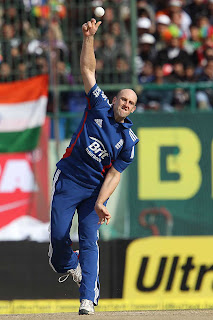 Little did he know about the generosity of the Indians! Their batsmen are understood to be the best batsmen of spin bowling but the fact and figures present an entirely different picture.

Tredwell has emerged as the leading wicket-taker in the ODI series between India and England which concluded at Dharamsala on January 27.

He captured more wickets than any other bowler from either side that included the home spinners who were also overshadowed by him. He was chiefly responsible for earning both the unlikely wins for England in five outings.

The Indians won the other three games despite being unable to come to terms to him. He was considered the main threat for the batsmen, having grown up playing spinners of different kinds from childhood.

Tredwell not only claimed 11 wickets but also mesmerized the batsmen. His bowling average of 18.18 and economy rate of 4.25 on the flat sub-continental pitches would make any spin wizard proud. 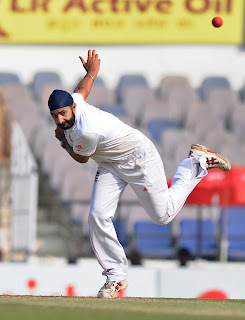 Yuvraj Singh, who has a knack of belting the fastest of bowlers to the farthest corners of the ground, looked like a schoolboy while confronting the off-spinner.

No wonder he was dismissed by him four times in as many matches. It could have been five out of five if he batted long enough to face him in the fifth ODI.

In the earlier part of the tour England came back to win the Test series after losing the first Test primarily because their spin duo of Graeme Swann and Monty Panesar made a mockery of the Indian batsmen in their own backyard.

Swann and Panesar returned dream figures on the same pitches where the Indian spinners failed to get the desired results while bowling at the English batsmen, less exposed to such tracks or slow bowling at home.

In between the Test and ODI series against England, India hosted arch-rivals Pakistan and their batsmen struggled against the spinners as much, if not more. 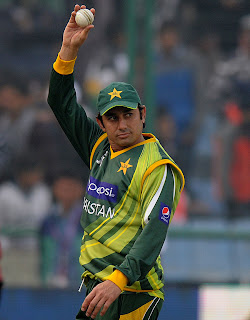 Saeed Ajmal was able to return his career-best figures on a Feroz Kotla pitch which was more conducive to seam and swing bowling while Mohammad Hafeez was no less a terror in almost every outing.

The Indian batsmen are having a miserable time against the visiting spinners and it’s not the first time when such thing has happened.

A closer look at the matches held in India would bring to light the fact that their batsmen have allowed the spinners, many of them not having the desired class or caliber, to get on top more often than not.

It seems to have become a tradition. Even the below-average or ordinary spin bowlers have been obliged with dream-come-true figures by the Indian batsmen, who are supposed to play slow bowling in the most assured manner.
readmore »»