Geoff Lawson, the former Australian fast bowler, may have had a brief stint as the Pakistan coach but he has judged Ijaz Butt, the current Chairman of the Pakistan Cricket Board (PCB), to perfection. 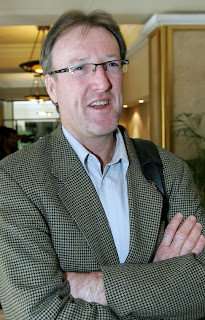 Isn’t it a shame that so many of Pakistan’s former Test cricketers and commentators who appear on various television channels in role of experts whistle in the dark and very few of them are courageous enough to bring to light the real issue.

Either they lack in knowledge or they are not prepared to call a spade a spade due to the fear of annoying Ijaz Butt more often than not the patience of the viewers is tested. The real issue of the Pakistan cricket is the PCB Chairman and it’s amazing how Lawson has assessed him so well, much better than the Pakistanis.

In an interview Lawson has bitterly criticized Ijaz Butt for failing to provide the strong leadership that the country's cricket needs during one of their biggest challenges.

"Even through this crisis we have heard virtually nothing from their chairman. He hides from a crisis, he is not a leader and when Pakistan need a strong leader and people to show them the way forward, they are not getting it from their board," Lawson pointed out very correctly.

Lawson revealed that before the appointment of Ijaz Butt, Pakistan cricket had in place detailed long-term plans to develop the game from the grassroots up.

"After the elections in 2008, it took some months with their hung parliament to appoint a new chairman and Ijaz Butt was appointed and really, I just see from that instant, there has been a decline in Pakistan cricket," he added. 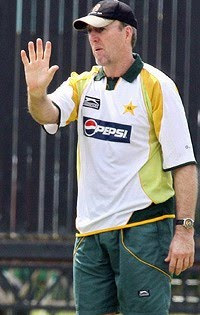 Lawson was of the opinion that Salman Butt had done a great job with a young side since being appointed captain of Pakistan and he would be shocked if the left-handed opener turned out to be at the center of the spot-fixing scandal.

"If it is the case that these young players are being affected, then there is something very bad with the environment in which Pakistan cricket is being played in," he said.

Lawson considered the current crisis is the greatest Pakistan cricket has faced, and unlike previous crises, the team will not have the opportunity to mend fences by playing matches at home once things calm down.

"The hearings on Asif, Amir and Salman will be extremely important. I hope against hope that things will turn out alright but this is very much a watershed for Pakistan cricket right now," the former coach reckoned.

Lawson, it may be recalled, was one of the initial casualties when Ijaz Butt had succeeded Dr Nasim Ashraf as the Chairman of the PCB in 2008.
readmore »»