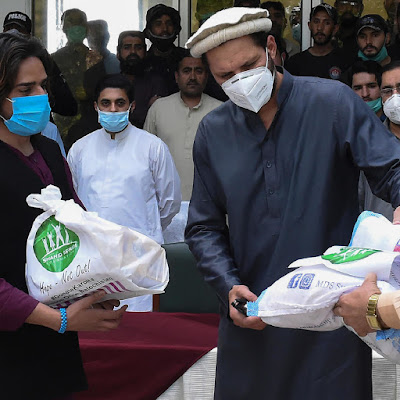 A former Pakistan captain and one of the most explosive all-rounders, Shahid Khan Afridi, has caught COVID-19 virus and has joined the list of country’s celebrities suffering from the pandemic.

He has become the third cricketer from Pakistan, and the second international after former opener Taufeeq Umar, to have contracted the virus. Zafar Sarfraz, a former first-class cricketer, who has died of the disease, was the first one to have tested positive for COVID-19.

The 40-year-old flamboyant cricketer, nicknamed Boom Boom as well as Lala, revealed on Twitter on June 13, having experienced severe body ache for a few days and that the tests had come out positive.

“I’ve been feeling unwell since Thursday; my body had been aching badly. I’ve been tested and unfortunately I’m covid positive. Need prayers for a speedy recovery,” Shahid Afridi tweeted.

“My heartfelt prayers and best wishes for your quick recovery,” the former Chief Minister of Punjab and leader of the opposition in National Assembly, Mian Shahbaz Sharif, responded to Shahid Afridi. “Allah’s grace, prayers of the people and determination are keys to fighting this scourage. Get well Lala,” Shahbaz Sharif, quarantining himself after having tested positive for COVID-19, wished. 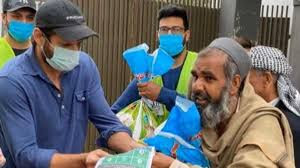 Misbah-ul-Haq, Pakistan chief selector and head coach, also extended his best wishes to Shahid Afridi, reckoning that he had contracted the virus while he was conducting his charitable work.

Shahid Afridi has reported to have travelled extensively to remote parts of the country to provide essentials to the underprivileged as part of his charity, the Shahid Afridi Foundation.
readmore »»