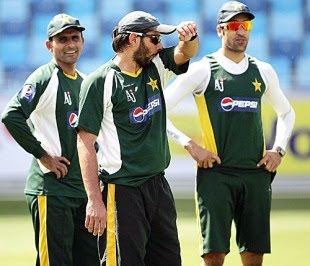 Pakistan’s captain in the shortest version of the game, Shahid Afridi, feels that missing the ongoing third edition of the Indian Premier League (IPL) is actually a blessing in disguise for himself and his players.

"No I don't have any regrets at all. In a way it is a blessing in disguise for all our players that we are not playing in the IPL before the World Cup," Shahid was quoted as saying in an interview.

"Given the problems that have besieged Pakistan cricket in recent months it is good that we have got time to work together as a team in the World Cup training camp, it has allowed us to settle down and focus on the World Twenty20," he said.

"We really are not following the IPL closely. We don't know who is playing or who is not playing because the purpose of holding this training camp has been to gel the players and allow them to prepare as a team for the World Twenty20," the flamboyant all-rounder stated.

"If we win I would definitely feel that I have achieved the biggest landmark of my career, I want the team to do well in the World Cup. It is a big ambition for me and I know as a senior player I will have to show the way in every department of the game," Shahid added.

The Pakistan squad is currently undergoing rigorous training in Lahore in order to improve fielding and general fitness before the World Twenty20 starting in the Caribbean on April 30.

Pakistan would be defending the title they had clinched in England last June. In fact they had also ended as the runners-up in the first-ever World Twenty20 held in South Africa in 2007.

Pakistan, having endured a lean patch in the longer versions of the game over the last few years, have had exceptional record in T20 matches and the expectations are once again high despite a disastrous tour of Australia just a short while ago.

Shahid Afridi will be holding the key to Pakistan’s chances being the captain as well as the senior most member of the squad. It remains to be seen how he shoulders the extra responsibility of leading the team. 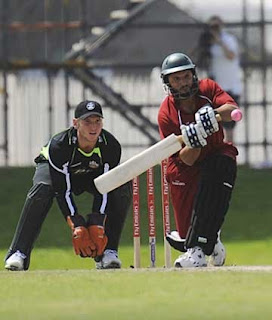 Interestingly Pakistan would be having their third captain in as many editions of the World Twenty20. They were being led by Shoaib Malik when they narrowly lost the final against India in the inaugural event in 2007.
Younis Khan was at the helm of the affairs in 2009 when Pakistan overcame an uncertain start to win the tournament against all odds.

Neither Shoaib nor Younis are a part of the Pakistan squad that would be competing in the Caribbean under the command of new captain Shahid Afridi. In fact both the former captains have been banned from playing international cricket by the Pakistan Cricket Board (PCB).

It will be quite a challenge for the inexperienced Pakistan cricketers to come good in the upcoming global event in which they will be confronted by Bangladesh and Australia in the league phase. readmore »»