Pakistan bridge squad to be recognized for BFAME glories

The Pakistan Bridge Federation (PBF) has decided to recognize the national Open, Women and Seniors teams by holding a reception in their honour shortly for having performed exceptionally well in the recently concluded 15th Bridge Federation of Asia and Middle East (BFAME) Championship 2009 staged in the Jordanian town of Amman. 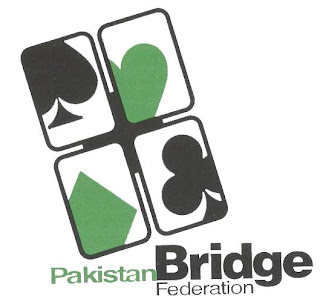 The Acting President and the Honorary Secretary of the PBF, Tariq Rasheed Khan, has announced that in order to fete the seniors team for emerging triumphant and the Open and women teams for having ended runners-up in their respective events, a programme would be organized to celebrate their success at the Aslam Bridge Hall, housed in the National Stadium, Karachi, sometime next week.

Pakistan, having had an excellent record in the Zonal Championship since its inception in 1985, lived upto the billing once more with the standout performance of the seniors outfit being the highlight of their trip to Jordan.

Tariq Rasheed Khan was the Team Leader besides being the captain of the Seniors team that brought glories for the nation in what has been acclaimed as the major regional bridge event.

The other members of the Pakistan Seniors outfit were Parvez Mirza, Rashid-ul-Ghazi, Khalid Javed, Saeed Akhtar and Abdul Ghaffar Qureshi. They came up with magnificent performance to win the trophy besides qualifying for the Seniors Bermuda Bowl World Championship to be held later this year in Brazil.

Pakistan’s Open as well as Women teams also accomplished the objective of qualifying for this year’s World Championships but both of them crashed in the final and had to be content with the runners-up slot.

The Pakistan women squad comprised of Rubina Agha, Zeenat Azwer, Fizza Adamjee, Qudsia Doosa, and Najam Abid who will now be representing the country in the Venice Cup World Championship in Brazil.

The Jordanian Bridge Association (JBA) hosted the BFAME Championship, with the collaboration of the Bridge Federation of Asian and Middle East (BFAME), for a record fourth time.

Besides Pakistan and Jordan the other participating teams in the 15th BFAME Championships were from Bangladesh, India Kuwait, Palestine, Sri Lanka and Syria.

It may be recalled that the Pakistan Bridge Federation (PBF) had played host to the 14th edition of the BFAME Championships in 2007 and they were held with great fanfare at the picturesque Carlton Hotel in Karachi. The duo of Rehana Saigol and Tariq Rasheed Khan in particular had worked tirelessly to ensure the monumental success of the event against the heaviest of odds.

In fact the PBF had organized the event so successfully that they were approached to do it again out of turn in 2009. The BFAME officials were eager to hand over the hosting rights to the PBF once more but the deal could not materialize. The PBF, however, had volunteered to extend the technical support wherever the Championships were held.