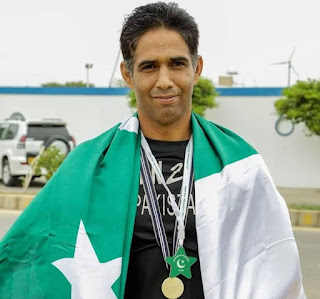 Mohammad Yousuf, hailing from Muzffarabad, Azad Kashmir, and based in Karachi, has hit a massive target by having completed 150 half marathon within two years.
Also known as the Marathon Man of Pakistan, it goes to his credit for having accomplished the feat of 150 half Marathon within a couple of years. According to details, nobody from Pakistan in the past had ever done 150 half marathons therefore
Yousuf’s accomplishment merits greater recognition. He has become the first Pakistani athlete to do it. He was reported to have done 31 consecutive half-marathons in as many days of December 2021. It is interesting to note that Yousuf was declared a heart patient before he started running. 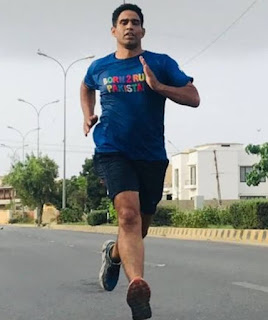 His strong will power and the passion for athleticism have paid dividends as his heart problem seems to have receded due to his continuous running. He has become healthy and hearty without any surgery and now he is an acclaimed marathon runner of the country.
Yousuf has also planned to visit Turkey to represent Pakistan in the Istanbul Marathon 2022 which is scheduled to be held there on November 6.
“I am feeling so proud to be able to represent the country at the international level and I wish to leave a legacy in the field of marathon running,” the enthusiastic athlete confided in a brief chat.
Not afraid to work hard, the athletically-built Yousuf has set high standards and he's trying his best to fulfill his cherished dreams.
readmore »»