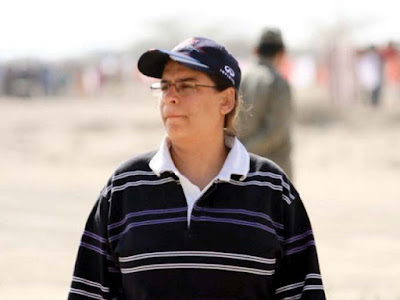 The country’s top two racing drivers and the husband-wife pair of Ronnie Patel and Tusha Patel with two other teams will be representing Toyota High Motors (THM) Sherwanis in the Pakistan Motor Rally and the Gwadar Rally.

Karachi’s Ronnie Patel, a veteran acclaimed racing driver of Pakistan, having won many titles in Cholistan, Jhal Magsi, Hub, Nooriabad, Gawadar Rallies is among top ranked drivers for the crown.

“This is major event and I am looking forward to assert my supremacy in this rally,” he told reporters prior to team’s departure to Gwadar. 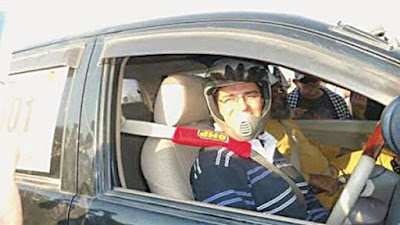 “Our aim and objective is promoting motor racing and patronize Pakistan best drivers,” Shujaat Sherwani, Chief Executive of THM said while announcing the names of their teams.

“Our mission is always been to be part of all the top races of Pakistan,” he remarked. “Our teams have done in the past and we are looking forward to maintain our ascendancy in Gawadar Rally,” he commented.

THM Sherwanis staged a major Max Dirt Rally in Hub in which Pakistan’s top racing took part. Mansoor Alim with Talha Kanwar will take part in Stock A Category in his 4,000 cc Toyota Vigo and Tushna Patel with be taking part with his navigator.

The Gwadar Rally is part of Pakistan Rally which started from Pak-China border in Khunjerab few days ago.
readmore »»


Mahmood Lodhi, acclaimed as the greatest exponent of chess in the country, duly achieved the distinction of becoming the first-ever Grand Master as he won the 8th Asian Seniors Chess Championship in Auckland, New Zealand, recently.

“Achieving the GM title was my long team dream and I could not sleep for two nights after this accomplishment for Pakistan’” he told media at the Quaid-e-Azam International Airport, Karachi, on his return from New Zealand.

Due to a combination of factors, the newly crowned Grand Master didn’t get a befitting reception at the airport as not a single representative of the Chess Federation of Pakistan (CFP), the Sindh Chess Association (SCA) and the Karachi Chess Association (KCA) was there to welcome him.

His buddy and International Master, Shahzad Mirza, greeted him alongwith an official of the Mind Sports Association of Pakistan (MSAP).

“A couple of well-wishers and chess lovers provided me loan for a trip to New Zealand,” the 55-year-old Lodhi, hailing from Gujranwala, stated.

“My appeal to the sports authorities of Pakistan to get me my PIA job restored which was terminated over 10 years ago without reasoning,” a record 15-time National Champion, jobless said.

He called for support and better treatment to other sports persons for bringing honor and glory to the country.

“If I get proper support from the government, I can bring the world title to Pakistan,” he commented.

He expressed the hope that securing GM title change his struggling life and he will get support for featuring in GM international events.

“GM in other countries gets great support and respect. But I am waiting for it to be happening in Pakistan,” he said.

Besides dominating for Pakistan chess scene for over three decades, Mahmood Lodhi had represented Pakistan in over a dozen World Chess Olympiads.
readmore »»